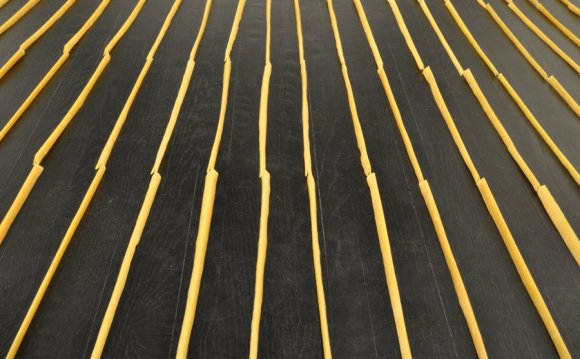 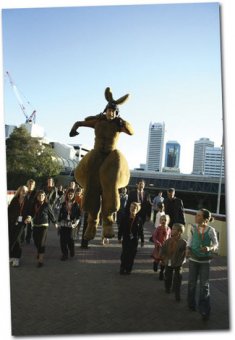 In December 1996 the first AWESOME Festival, with the theme of ‘flight’ was launched in Perth, Western Australia. The week long Festival catering for 5 to 12 year olds ran from 2nd to the 8th of December and was considered an extremely successful event with audiences of around 30, 000. The AWESOME Festival was applauded as a major cultural event for young people throughout WA.

In November 1996 AWESOME became incorporated as a company; “AWESOME Perth International Children’s Festival” (now known as AWESOME Arts Australia Ltd) limited by guarantee with it’s own Board of Management.

In 1998 the Festival entered a three year partnership with the City of Perth which was to change it’s future direction and increase it’s potential. As a result the office and week long Festival were moved to the Perth City CBD and the festival redefined its image as a Capital City Festival. With the support of City of Perth, the AWESOME Festival was able to dramatically increase its profile across Perth. Also in 1998 a unique collaboration between AWESOME, ArtsWA and Healthway resulted in the establishment of a new AWESOME product, a year round regional programme operating throughout Western Australia now known as the Creative Challenge.

The move to the Perth CBD meant that AWESOME was able to negotiate and hold events in highly professional venues such as the WA Museum, State Library and the Art Gallery of WA.

In 2000, after five years of operation the Festival had successfully established itself as an innovative quality arts event. The 2000 AWESOME Festival attracted greater media coverage focussing on the depth of the work presented in the program.

Over 60% of the AWESOME programme was presented at no cost to the public. The remainder of the programme maintained a low cost entry fee with the most expensive event in His Majesty’s Theatre costing $19 per person.

AWESOME is recognised by an International Festival monitoring organisation as one of the top 25 events in the world for young people.

Since 2001 AWESOME has continued to present the annual AWESOME International Arts Festival for Bright Young Things, the Creative Challenge and special programs to engage, inspire and excite the bright young things of Western Australia.