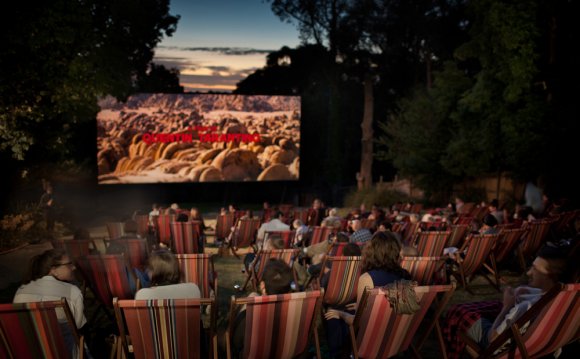 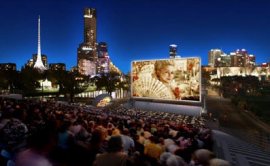 Watch classic movies under the stars in Melbourne's outdoor cinema's.

Now a Melbourne tradition, watch a movie at one of the fabulous outdoor theatres. The cinemas pop-up in early December, operating throughout summer until late April.

Most provide seating, albeit deckchairs, some allow beanbags, others picnic on the grass and enjoy the night air and big screen.

Another summer looms and so do the outdoor cinemas.

Moonlight Cinema on the central lawn draws an annual audience of nearly 60, 000 people to the Royal Botanic Gardens.

Rooftop Cinema on top of Curtin House in the city allows you to watch films in deckchairs with drinkies.

The Shadow Electric is an open-air cinema situated within the beautiful grounds of the Abbotsford Convent.

Summertime Cinema is a family-friendly cinema experience to enjoy a night under the stars watching cult and classic films in Boroondara's parks. 5-19 Dec 2015

Cameo Outdoor Cinema in Belgrave screens new films as well as arthouse and classics on a magnificent 14m wide screen.

QV Cinema on the astroturf outside the Queen Victoria Women's Centre, on Thursday-Sunday nights.