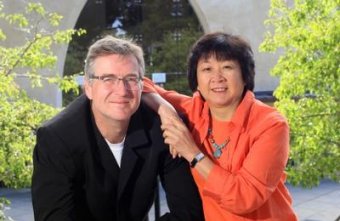 The Carmel Bach Festival (CBF) began in 1935 as a four-day series of concerts at the Sunset School Auditorium and the Carmel Mission Basilica. Over the years, it grew to a three-week celebration of concerts, recitals, master classes, lectures, and open rehearsals, and in 2009 the Festival was shortened to two weeks. The Festival’s mission is to celebrate the works, inspiration and ongoing influence of Johann Sebastian Bach worldwide by immersing audiences in a festival experience integrating music, education and ideas. Under the leadership of Music Director and Conductor Paul Goodwin and Executive Director Debbie Chinn, the organization offers innovative artistic programming across all concerts, off-season activities to expand access outside Carmel and the Monterey Peninsula, and is taking strategic risks to cultivate younger and more diverse participants.

Carmel: We are located in Carmel-by-the-Sea, California. We present concerts in Carmel, as well as Monterey, Pebble Beach, Seaside and Salinas.

Bach: Our festival began in 1935, with four all-Bach concerts performed in Carmel's public school auditorium. In the first few seasons the ensemble consisted of dedicated townspeople inspired by a handful of world-class professionals.

Within a few years we began to broaden our horizons to include the music of J.S. Bach's contemporaries, his predecessors, and the generations that followed after him. Over the decades the Festival has continued to expand the scope of its programming, while our roots as a Bach Festival have kept us connected to our core Baroque repertoire.

Now, with a state of the art concert hall and an international ensemble, we balance our love of Bach and the Baroque with our joy in the music of other centuries, including world premieres written especially for us.