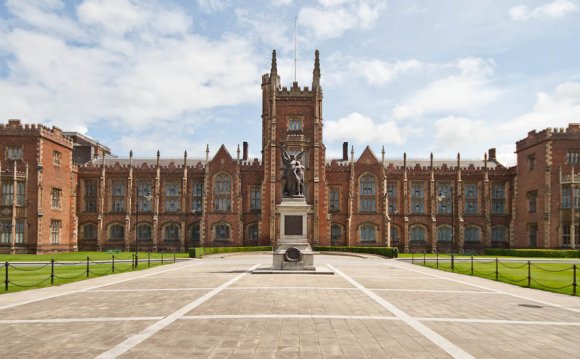 A member of the Russell Group of the UK’s 20 top research-intensive universities Queen’s University Belfast is an international centre of innovation and excellence, providing world-class education underpinned by world-class research. The University has a proud heritage. Founded by Queen Victoria in 1845 as Queen’s College Belfast, it is one of the oldest universities in these islands, becoming an independent university in 1908 and celebrating its Centenary in 2008. As the Times Higher Education Entrepreneurial University of the year in 2009, and winner of the THE Outstanding Engineering Research Team of the Year in 2010, Queen’s is uniquely recognised for its leadership role in society and its life-changing research. The University is a global player in areas from cancer studies to sustainability, wireless technology to creative writing and from pharmaceuticals to sonic arts. It has won the Queen’s Anniversary Prize for Further and Higher Education, part of the national honours system, on four separate occasions – for world-class achievement in green chemistry, environmental research, palaeoecology and law. The most recent UK-wide research assessment exercise (RAE), in 2008, confirmed Queen’s as a major global force in research. The RAE identified world-class research across all academic disciplines, and the Research Power Index...