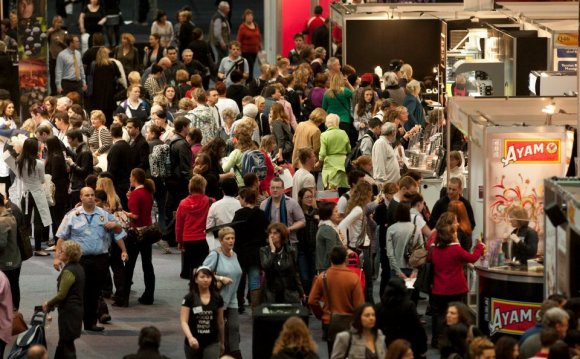 When did cheap nosh get so healthy? Heading out for a budget night on the town may once have necessitated time in a fluro-lit, greasy-floored take-away joint, or making a beeline for the Tuesday night schnitzel special at the local pub. These days such meals are more likely reserved for nursing only the very worst of hangovers.

When it comes to a cheerful night out with friends in 2014, you could be stuck deciding between cheap and healthy South American or Korean fare – ceviche or kimchi? Or whether to split the bill and go for Middle Eastern-flavoured share plates at the likes of North Fitzroy's legendary Moroccan Soup Bar, or newcomer B'Stilla in South Yarra - named 2014's best restaurant at tonight's The Age Good Food Under awards.

Get cosy and share plates (and the bill) with friends at South Yarra's B'stilla. Photo: Supplied

Deciding the guide's 2014 eftpos Best Restaurant was no easy task for the guide's editor Simone Egger and her team of reviewers. Egger said the bar for entry into The Age Good Food Under gets higher each year. "We actually had to change our star-ranking system this year to make it more difficult for restaurants to obtain three stars, " said Egger.

B'Stilla, run by Mamasita's Jason Jones, took out the highest honours not only because of its quality food, but because of its eager-to-please, flexible service model.

"It came within budget, surprisingly, because it has all the trimmings of a more expensive place - but the share plate model allows you to dig in and still eat well, " said Egger of B'Stilla. Diners can choose from a range of small or larger share plates of spicy, healthy fare such as charcoal grilled squid with lemon and paprika oil, or a vegetable tagine. 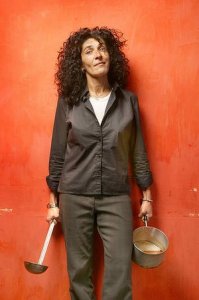 Egger pointed to celebrity chef George Calombaris's new souvlaki bar Jimmy Grants as an example. Calombaris made his name establishing restaurants at the more expensive end of the dining spectrum, such as Press Club. "Everything at Jimmy Grants is homemade, " said Egger. "There's no cutting corners."

B'Stilla's win was also put down to its appeal to a wide range of customers. "It's adaptable because it's a bar-slash-restaurant so you can go and have a drink and nibbles, or sit down and have a full meal. There's also a great outdoor area, which Melburnians love."

Egger said the ability to either book ahead at B'Stilla or to walk-in also counted in its favour, particularly for those fast-losing patience with no-bookings policies.

The move towards shared dining, along with the focus on healthier food were the standout trends for 2013-2014, said Egger. "The pulling power of superfoods (such as quinoa and kale) can be seen as a reaction to last year's obsession with burgers and dude food." Meanwhile, Egger felt the resurgence of shared dishes was simply because "it's such a nice way to eat".

"No one eats their own meal these days... I can't remember the last time I ate my own dish."

No surprise then that the 2014 Daily Life Hall of Fame award went to a restaurant that helped introduce Melburnians to the concept of sharing plates way before it was the norm. Moroccan Soup Bar on St George's Road has enjoyed steady custom since opening its doors 16 years ago. Egger said it was no wonder diners still had to queue every night for the restaurant's legendary three-course vegetarian banquet, which costs $20 per-person (up just $3.50 on 2005).

The bigger, better Yong Green Food, also in Fitzroy, was recognised as this year's best vegetarian restaurant. The business's focus on vegan and raw food has proved particularly popular with an increasingly health conscious and environmentally aware dining public.