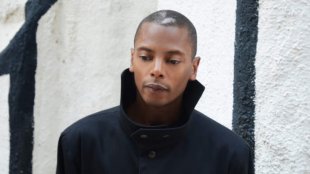 Light From The Outside World, Hamer Hall, October 10

Detroit techno producer and DJ Jeff Mills performs with the Melbourne Symphony Orchestra in one of the fastest selling concerts of this year's program, according to Melbourne Festival director Josephine Ridge.

"Light From The Outside World is very much a concert that you want to sit and listen to, " says Ridge, rather than dance to. 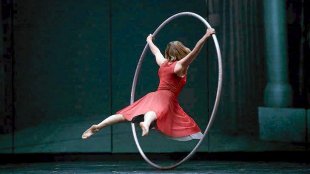 "It really shows Jeff Mills working in a very different way to his existing fan base.

"It's a piece that's been composed, this is a piece of music written for the orchestra. It's perfectly positioned in Hamer Hall."

The Canadian production is part of a strong circus thread in Ridge's festival program, which also features Brisbane outfit Circa's Opus, with the Debussy String Quartet, and The Nanjing Project, marking the 30 years since a collaboration between Victorian circus performers and acrobats from the Chinese city, children's show Carrousel des Moutons and Vault, an interactive history of Circus Oz. 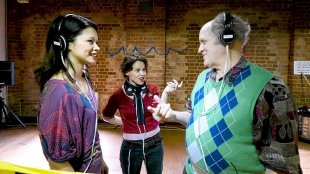 A new play by Melbourne theatremaker Roslyn Oades based on real-life interviews, it features a cast ranging in ages from their teens to their eighties.

"It's gentle and beautiful, " Josephine Ridge, director of the festival said after seeing the dress rehearsal of the play.

"It's ... going to be the sort of work that I think the audiences will sit there and they're just going to relate to the stories which they're being told."

Complexity of Belonging, The Sumner, Southbank Theatre, until November 1

The Melbourne world premiere of this theatre and dance hybrid by Falk Richter, from Berlin's acclaimed Schaubuhne theatre, and Chunky Move artistic director Anouk Van Dijk, is "a really important international collaboration, " according to Ridge. 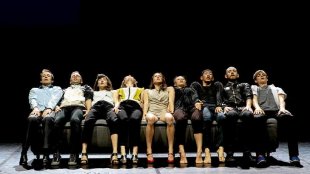 "With the Schaubuhne, Melbourne audiences have had an opportunity to see the work of artistic director Thomas Ostermeir with most recently Enemy of the People and other work that has been in past festivals, " she said.

"It will go to Paris, the Schaubuhne in Berlin and a number of other cities in Europe. It has an international tour confirmed but melbourne audiences will get to see it first."

Framed Movements, the Australian Centre for Contemporary Art, until November 23

A series of free, participatory visual arts installations and performances, curated by Hannah Matthews will include the Australian premier of New York performance artist Maria Hassabi who takes a very open approach to time and movement.

"The audience is free to come and go, to wander around, to come close or keep their distance. They are not bound by the set duration of a theatre performance. There are times when there might not be anyone there, " Hassabi said.