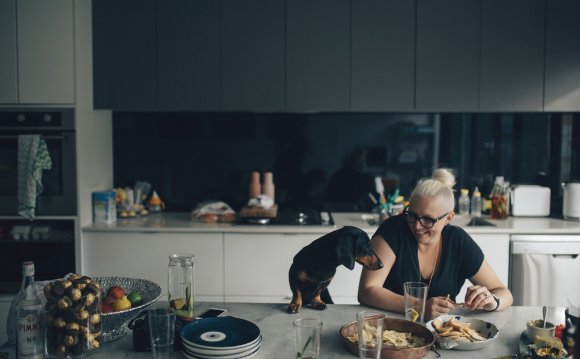 I moved to Melbourne in 2013, and despite having already lived between Sydney and Melbourne for four years, was very much a rookie. It takes time to get to know Melbourne, like new jeans, or a dense novel you don’t get at first but everyone raves about so you persist and then finally it clicks, and your socks are blown into another solar system.

Sydney friends would visit and demand to be shown a ‘local’s version’ of the city and I’d fumble and falter, throwing up recommendations I’d nicked from websites but had never tried, or giving them tired classics they could find in any Best of Melbourne book.

Sorry. That’s completely untrue. What I meant to say was: “I have now found some terrific places to eat foods that in general people seem to enjoy.”

Melbourne is the world champion of breakfast. This is handy since I deem myself a Breakfast Olympian. The quality really is exceptional, though, the breakfast game here is innovative, exciting and extremely delicious, so much so that it’s not uncommon my husband and I will order a savoury dish, and then share some pancakes or crumpets or French toast or pastries for ‘breakfast dessert’ because the offerings are too good. It sounds gluttonous, but only because it is.

I might be exposing some geographical bias here, since I live Northside, but I strenuously maintain that’s where the bulk of new and exciting food pops up. I recommend Archie’s All Day, (order the Godmother or don’t and live a sad and empty life), Breakfast Thieves, Stagger Lee’s and Addict in Fitzroy, Touchwood and Denis The Menace in Richmond, St Ali in South Melbourne, Cumulus Inc and Hardware Societe in the CBD, Drugstore and Two Birds in South Yarra, and Green Park, Pope Joan, Mitte and Barry heading north.