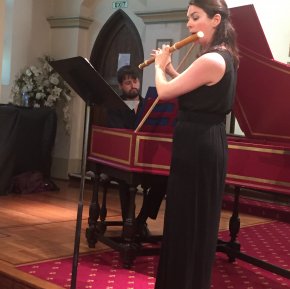 I'm a freelance writer living in Melbourne and happy to spread the love for funky town with the WeekendNotes readers. If the feeling is mutual you can subscribe to my articles, share them with your friends or follow my blog: www.diywoman.net

The French Suite is an ordered set of stylised dance music popular in the Baroque period. In Suite Française, Georgia Browne (baroque flute) and Tom Foster (harpsichord) took the unorthodox approach of rearranging the 'dance card' by mixing up composers and creating three new suites titled Palais, Portrait and Pastorale. A mélange of dances by French composers including Dornel, Hotteterre and d'Anglebert were put together to form each of the three suites. 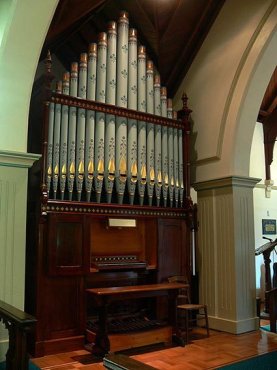 
With the beautiful backdrop of the church of St John the Evangelist in Flinders, the two baroque specialists on the stage combined to lead their audience through the the newly-created suites which reflected the laissez-faire inclusion of diverse pieces by the same composer into 'suites' of convenience. It's far from certain that the pieces of a suite had to be played in order at a single sitting: it may well have been simply a convenient way to arrange existing pieces into groups for publication.


The titles of the new suites referred to different aspects of courtly life in late 17th and early 18th century France: Palais is an introduction to the various dance forms such as Allemande, Courant, Sarabande, Gavotte and Gigue that followed the opening Prelude, the steps of which would have been well known and loved by the courtiers, typically ending in the Charconne with its large circle of all participants. 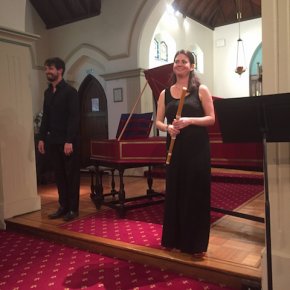 
Portrait refers to the inevitable intrigues arising from having a large group of people congregating in one place with not much to do. Dedications were a feature of this form, with nods to both musical lineage and individuals in court. The Pastorale was a light-hearted reference to the infatuation felt by city-bound courtiers for carefree country life, reflected in their fondness for paintings by artists like Wattheau.


Suite Française was a delightful sojourn in the culture and court of the France of the Baroque period and a fitting penultimate performance in what was another hugely enjoyable Peninsula Summer Music Festival.

Why? The French Suite gave rise to some of the finest works of the Baroque period - a must for all lovers of Baroque music played on period instruments