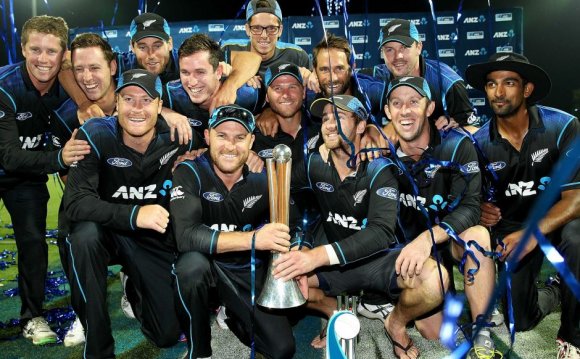 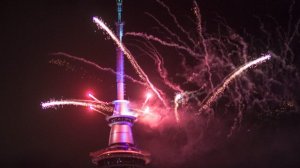 Spectators enjoyed 5 minutes of fireworks on the stroke of midnight to welcome in the New Year in Auckland.

Revellers around the country welcomed in 2016 with music and fireworks, including 500kg of pyrotechnics lighting up the Auckland night from the top of the Sky Tower.

A four-hour laser show was beamed onto the Sky Tower in the lead-up to five minutes of fireworks choreographed to a soundtrack of Kiwi music, featuring Savage, Shapeshifter and Sol3 Mio.

Auckland sets the tone with a bang, 5mins of fireworks from the sky tower.

Laser company Soulstorm director Benjamin Lawrence said the 30 watt beams from the lasers were so powerful that they had to be directed away from the glass lifts going up the Sky Tower, and away from passing air traffic.

Free New Year festivities returned to North Hagley Park this year, with the Summertimes New Year's Eve Party. The line-up included young singers and dancers, before the adult entertainment took to the stage from 9pm. Thousands of people flocked to Mt Maunganui, where they were entertained by band Trinity Roots, SunLive reported.

Later in the evening DJ Lyrakill, one of New Zealand's most renowned club DJs, drew crowds to the beach stage. A midnight fireworks display ended the year with a bang.

The many colours of the fireworks from the Sky Tower in Auckland at midnight on New Year's Day.