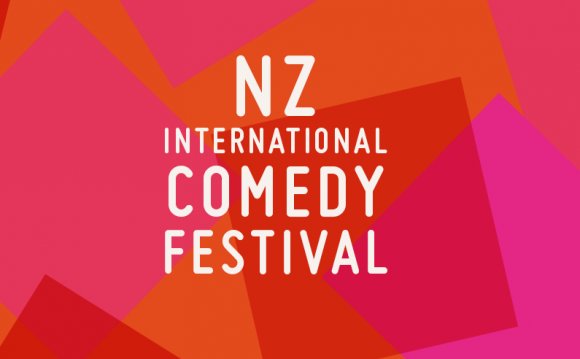 The NZ International Comedy Festival is held simultaneously over three weeks in Auckland and Wellington and then takes to the road with the Comedy Convoy, touring to regional cities across New Zealand. The Festival is held annually and typically starts in April and runs through into May. From its beginnings as a 2-day event; the Festival has now developed into a major nationwide event with a total attendance of over 100, 000 people each year. The Festival is run by the New Zealand Comedy Trust.

The New Zealand Comedy Trust was established as a charitable trust, with their main aim to champion the art of laughter. It is responsible for the annual Comedy Festival and works to grow comedy as a performing art in New Zealand. The Trust aims to provide a platform for New Zealand comedy in all its forms, as well as showcasing the best of international comedy to New Zealand audiences.

Each year the Festival features over 200 shows and involves around 250 performers. The Festival contains a wide range of comedy performances - from emerging artists through to NZ comedy industry veterans, and stars of the international comedy circuit.

Similarly, the Festival caters for a wide range of audiences with specific shows aimed at children, teenagers and a diverse offering of comedy fare.

The opening of the Festival is the televised Comedy Gala, a showcase of performances by the top local and international comedians appearing in the festival. Until 2008 it was held at the St. James Theatre and in 2008 it was moved to the Auckland Civic Theatre. Past hosts of the gala have included: Jeff Green, Ardal O'Hanlon, Arj Barker, Wayne Brady, Ed Byrne, Bill Bailey, Rove McManus, Greg Behrendt, Jeremy Corbett & Jason Byrne.

Alongside the large number of local and international shows, there are a number of events held annually such as the Class Comedians programme. This in an initiative set up to train talented high school students in the art of stand-up comedy and ends with a showcase at Q Theatre. The RAW rookie competition is also held every year, with the national finals at The Classic Comedy and Bar in Auckland.

To conclude the festival is the Last Laughs awards showcase. It is the last chance for the nominees for the Billy T Award and Fred Award to perform before the winners are announced at the end of the show. Other festival prizes awarded at Last Laughs include: Best International Comedian, Best Local Show, Best Newcomer, Best Marketing and Spirit of the Festival.

The New Zealand Comedy Trust supports & rewards excellence within the comedy industry through the following awards and grants:

Festival Awards: Announced at Last Laughs on the last Sunday of the Festival, these awards include Best Marketing Campaign, Spirit of the Festival, Best International Show, and Best Newcomer.

Creative Comedy Initiative : This grant encourages, develops & supports performers in the creation of new, innovative and visionary performances that push the boundaries of the traditional comedy genre.