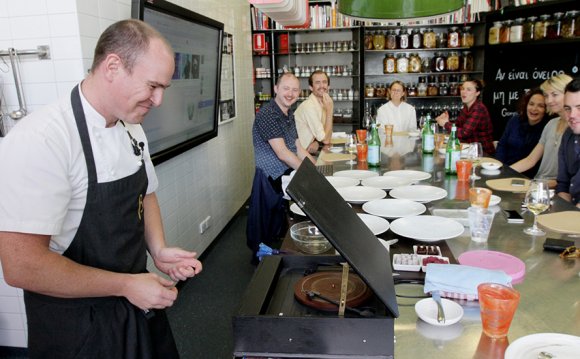 Another year, another Meredith. We recap for those who weren’t there (or can’t fully remember).

The gates of the Meredith Supernatural Amphitheatre opened at 8am on Friday and closed at 4.30pm on Sunday. That’s 56-and-a-half hours during which 10, 000 people created moments of magic at the 25th annual Meredith Music Festival.

The musical highlights were frequent: there was Ratatat’s high-octave guitar torrents, so explosive that the crowd seemed to vibrate rather than dance. There was Tkay Maidza’s astounding lyrical flow, proving herself to be among the best MCs in Australia today. There was the flock of flamingos that stormed the stage for Mighty Duke & The Lords’ calypso-themed percussion party. Boots were raised in the air (a mark of the crowd’s appreciation) as rapper Briggs closed his Saturday afternoon slot with The Children Came Back, a song celebrating the heroes of Indigenous Australia.

But Meredith was so much more than what happened on stage. Whether it was back-bends under a glowing limbo stick in the middle of the dance floor at 2am, accepting a stranger’s kind offer of some hot chips the morning after, or joining a communal chorus of “please don’t take my sunshine away” as Saturday’s sunset reached the horizon at Inspiration Point, so much of Meredith’s magic came from its people.