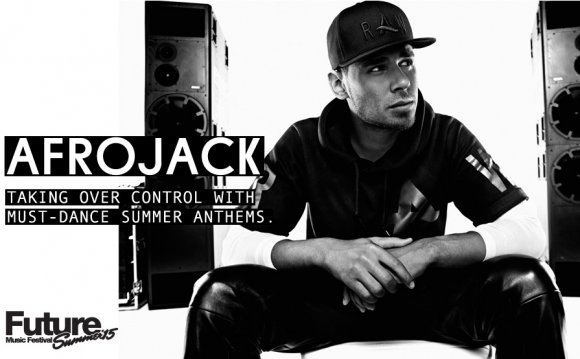 Off the back off an absolutely huge reaction from fans across the globe, the debut album from critically acclaimed electronic music heavyweights Knife Party is here - Abandon Ship. Future Music Festival is thrilled to announce that the Perth-via-London duo will join our 2015 line-up, performing right across the country to Future audiences next Feb/March!

Unexpectedly dropping three weeks ahead of schedule, Abandon Ship immediately stormed into the charts, reaching #2 on iTunes Album Charts in Australia, #2 in the UK (BBC Radio 1's Zane Lowe naming it Album Of The Week) and #3 in the USA.

Future HQ wanted to embrace the band's amazing recent success and welcome them home in the biggest way possible. We couldn't resist offering Knife Party the chance to bring Abandon Ship to the biggest Aussie audiences of their career to date; and so, Knife Party have joined the party alongside such huge names as Drake, Avicii, the Prodigy and more!

Festival Director Brett Robinson said: "Knife Party have always had such a big impact whenever they have played Future Music Festival. We absolutely love the new album and the response from our audience has been huge. After a lot of discussion, we all agreed the best tour for Knife Party would be main stage on the festival so we just had to make it happen!"

Off the back of the amazing reaction to their debut, the band's planned December headlines dates have been set aside to make room for their spot on Australia's biggest national touring festival, described by Knife Party on last night's triple j

interview with Richard Kingsmill as, "One of the best dance music festivals in the world, definitely."

Don't despair existing ticketholders: you're invited to witness Knife Party's exhilarating live show in person next summer at Future '15. To take up this offer, simply keep your Knife Party ticket which will now get you into the general admission area at Future Music Festival 2015, saving you a whopping $60 off the regular price.

Refunds: Available until December 22. If you purchased your tickets at a ticket agency, please take your tickets back to the place of purchase for a full refund.