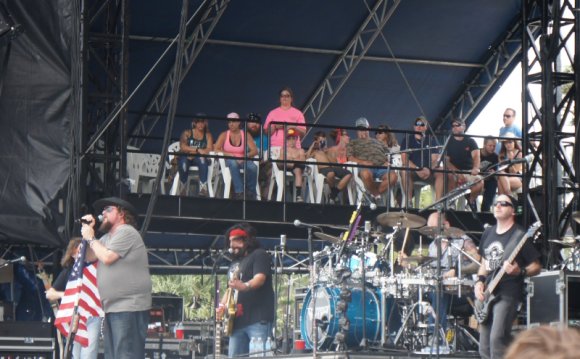 Blake Shelton is already making plans for 2015. It has just been announced that the country singer will headline the fifth annual Runaway Country music festival in Melbourne, Fla., next March.

Additional artists so far announced for the lineup include Easton Corbin, Joe Diffie and LoCash Cowboys. The festival will run from March 20-22 in Melbourne, just outside Orlando. Festivalgoers can camp onsite or find their own lodging nearby. Both single day tickets or weekend ticket packages are available for purchase.

“Last year we hosted visitors from 38 states, 10 countries and just about every county in Florida, ” festival executive producer Gary McCann states in a press release. “Wickham Park transforms into a festival paradise with several lakes, towering palms, large campsites and a spacious concert bowl area with great sight lines. We are all in for a real treat.”

He added that the festival will have the nation’s largest mobile stage, which is four stories high.

“The fifth annual promises to be one heck of a weekend. Blake Shelton certainly has us off to an amazing start.”