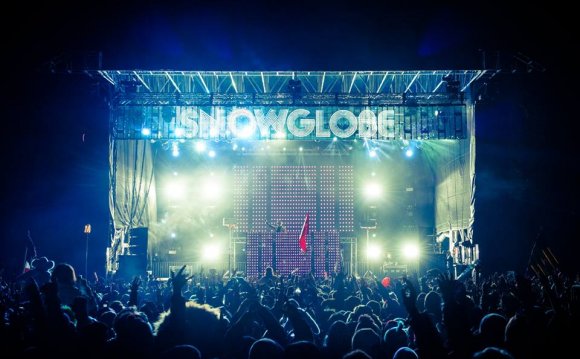 “We are doing our very best to connect technology with art to speed up this future that we believe in so deeply.”

Despite everything electronic music stands for regarding love and unity, events and festivals are far from sustainable, especially the massive 150, 000+ gatherings like Tomorrowland, Coachella, EDC, and Ultra. The waste created in such a short timeframe is pretty unbelievable, and the energy required to keep the party howling is immense. Considering the implications of climate change and the role we play as a community, it’s about time we started making some changes.

A new music festival called OFF. the. GRID has sprouted up in Melbourne, Australia, and they’re looking to do just that. Taking their festival off the grid, the event will feature a five meter high, solar powered stage, which will incorporate energy storage to power the entire party. The organizers will donate all event profits to a renewable power station in the city of Melbourne, and the revenue generated by this facility will fund the next party, and the one after next, and the one after that… It’s quite a rad idea, and since it’s not too extravagant, there’s not really anything keeping other organizers from following suit.

The inaugural OFF. the. GRID festival will take place on December 22, aligning with the Souther Hemisphere’s summer solstice, when the sun tracks the highest in the sky. As of now, the lineup includes Cut Copy, Wax’o Paradiso, Silent Jay + Jace XL, Prequel, and more. Have a look at the teaser video below, and head over to their official website to learn more.