What is on in Belfast? 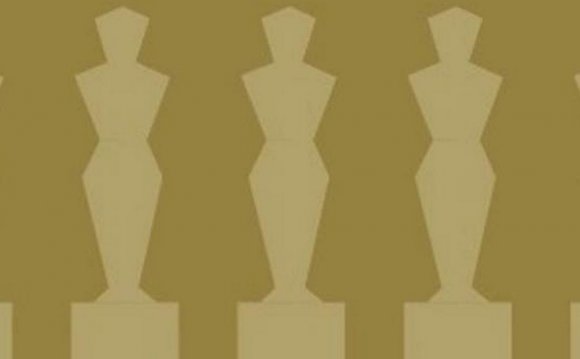 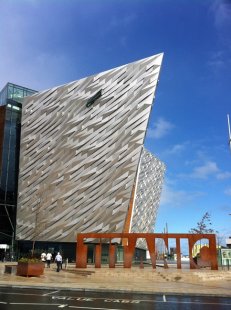 Find out more about

The Northern Irish capital is experiencing a huge resurgence in interest as a tourist destination. After many years of relative peace, and the recent centenary of the sinking of RMS Titanic – the iconic liner built in Belfast’s dockyards – the city is on the up.

Belfast has an infectious atmosphere with a fabulous sense of humour, an ever-growing range of places to eat, drink and be entertained, and a small town feel which makes getting around easy.

Here are my tried-and-tested top 10 recommendations of things to do.

You can’t escape the influence that this ship has had on the city. In 2012, during the centenary of the loss of this famous vessel to an iceberg in the North Atlantic, the brand new Titanic Belfast centre opened to the public.

The stunning design of the venue is meant to remind you of two ships being built side-by-side in the Harland & Wolff shipyards, and the building contains a fantastic series of interactive displays on Belfast’s industrial heritage – as well as, of course, the history of Titanic herself from inception right up to exploring the seabed and finding the wreck.

You can see recreations of cabins on board, learn fascinating facts about the vessel and even enjoy afternoon champagne teas in a recreation of the famous grand staircase from the ship.

It’s a romantic, intriguing and gripping exhibition which is well worth the admission fee. Allow at least half a day to explore.

Once you have come up for air from the Titanic Belfast experience, the Titanic ‘show’ goes on in the Titanic Quarter – an area just beyond the museum.

You can visit the actual docks where the ship was built alongside its sister liner ‘Olympic’. When the construction took place, this was the largest dry dock in the world, and you can walk down into the huge chasm and explore the Pump-House.

Buy a joint ‘combo’ ticket for the Titanic Belfast and the Pump-House to save money. And don’t forget to take a look at ‘SS Nomadic’ moored up nearby. This was one of the original tenders used to serve the Titanic – and the only vessel that survives from the famous White Star line. 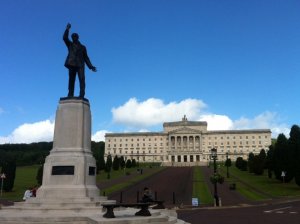 This is a stunning Edwardian civic building in the centre of the city which was built during the early part of the 20th century.

Take a tour around the beautifully decorated interior and learn about its history or walk in the gardens to discover the Titanic memorial and art work and statues linked to everyone from Queen Victoria to President Clinton. If you are ready for a cuppa, there’s even a café, the Bobbin Coffee Shop.

I’d often seen Stormont on the TV in news reports about Northern Ireland and imagined it to be way out of the city in the countryside. However, this building is just 15 minutes from the city centre, set in parkland, and enjoys imposing views across Belfast to the Black Mountain and Belfast Hills.

I was lucky enough to be there on a day when the building is open to tours and got to see the two chambers as well as offices of the First Minister and other important dignitaries. What at first seemed a very dry subject was in fact absolutely fascinating.

If you visit, get your guide to explain the painting of the modern-day Northern Ireland Assembly politicians by Noel Murphy called ‘Assembly Artwork’. It’s hung in the Senate Chamber and reveals much about the machinations of politics in this city and beyond.

This covered market is one of the centre pieces of life in the city. At weekends it is thronged with locals and tourists alike, exploring the many food and craft stalls looking for great-quality produce and interesting gifts and artefacts. The building dates back to 1896 and is a fun place to hang out and enjoy a snack or coffee in between shopping.

This museum is located in the botanic gardens near the university. It’s a little gem of a museum with an eclectic mix of exhibits and galleries, many of which you can interact with. As well as a decent collection of Irish art, you’ll come across everything from dinosaurs to treasures recovered from an old Spanish galleon.

After a tour around the building, explore the gardens being sure to look out for the Palm House dating back to 1852 and the Tropical Ravine. 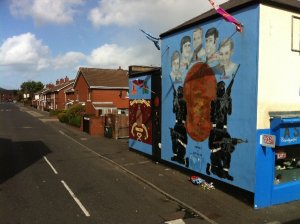 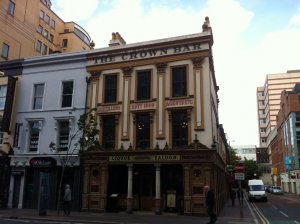