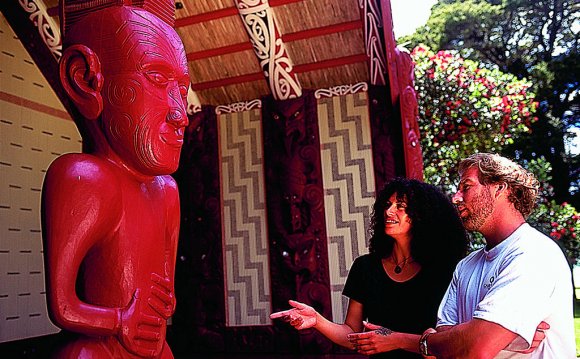 The first contributions to New Zealand literature took the form of books about this country written by navigators and travellers. Cook'sVoyages were an eighteenth century best seller, and it is only in the last few years that the Hakluyt edition of the First Voyage (1957, edited J. C. Beaglehole) has revealed the quality of Cook's own journal and made us regret the smoothing process of Hawkesworth's polite edition. Visitors like Augustus Earle (Narrative of a Nine Months' Residence; 1832) and Charles Darwin were soon succeeded by traders and residents like J. S. Polack. The New Zealand Company settlers, well educated, articulate, and anxious to persuade others to join their enterprise, published many accounts, propagandist or defensive; by far the best of these was the lively, unscrupulous, graphic Adventure in New Zealand 1839–1844 (1845) by Edward Jerningham Wakefield, which is as picturesquely enthralling as it is prejudiced.

Many other books soon followed which interpreted the Maori as the early settlers first knew them. F. E. Maning'sOld New Zealand (1863) and The War in the North (1862) made the Maori a conventional figure of humour, mixed with a modicum of affectionate admiration, rather like a Victorian novelist's Irishman. J. Logan Campbell'sPoenamo (1881), although not written till many years later, also looked back to the same period, perhaps idealising it a little and, like Maning, depicting a sort of golden age of unextinguished mutual respect between the races, almost as remote as the heroes of Greece and Troy. More serious and noble aspects of the Maori character were described in John Gorst'sThe Maori King (1864) which chronicled sadly the tragedy of the breakdown of Maori-European relations.

The Canterbury settlement had attracted many of the best-educated settlers and, although they lacked the stimulus of a conflict between the races which existed in the North Island, these men and women produced a number of good books. The comparatively easy pastoral conditions of this area are well described in Lady Barker's attractively feminine Station Life in New Zealand (1870) and Station Amusements in New Zealand (1873). The same world produced Samuel Butler'sFirst Year in Canterbury Settlement (1863), a work he later despised unduly because of distaste for his father's editing of these letters home. The opening chapters of his satire Erewhon (1873) describe the eastern approaches to the Southern Alps but this scenic identification, though interesting, is hardly significant in a book whose merits lie in the daring of its ideas. The germ of these can be found in certain papers Butler contributed to the Christchurch Press towards the end of his five years' residence in this country. A retrospective echo of the early years of Canterbury was provided by Charlotte Godley's vivid Letters from Early New Zealand (1936). A novel with some mildly satirical touches, George Chamier's Philosopher Dick (1891), also looked back to the sheep-station society of the early years.

All these books owe some of their merit to the strangeness and zest of exploring and explaining a new country. It was to be many years before a genuine indigenous literature was created by and for people living in New Zealand. In a curious way the early settlers, some of them perhaps romantic fugitives from an England besmirched by industrialism, accepted the fact of their transplantation more wholeheartedly than did their children, who, conspicuously less well educated than their parents, tended to focus their unappeasable yearnings on the country their parents had left whose superiority filled them with a sense of inadequacy. This contrast between the generations is touched upon, almost involuntarily, by Thomas Arnold (a brother of Matthew, who had lived in Wellington and Nelson for a few years in the forties) in his Passages in a Wandering Life (1900): “The ardent poets, the gallant soldiers, the organisers of institutions, the scholars, the explorers of deserts and mountains, classes of English society of which more than a sample had come out to New Zealand under the auspices of the Company – were fast dispersing different ways, and the pursuers of the ideal sought these shores no more. Trade, engineering, the exploitation of land, politics, and many other practical activities engrossed the energies of the thousands who soon flowed into New Zealand from the mother country”.