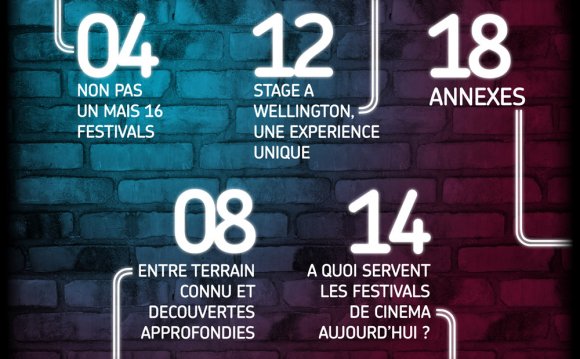 There is no fee for entry to the New Zealand International Film Festival.

We do offer passes that can be used to purchase discounted tickets, but we cannot offer any form of automatic entry pass. We pay the makers, the sales agents, producers or distributors of the films we are playing an agreed percentage of the box office. This requires a strict accounting for the exact income pertaining to each session. (Festivals operating pass systems offer large fixed rentals or other, even more expensive incentives (first class airfares etc) to sales agents, producers or distributors to make their films available.)

Our funding, which is derived largely (more than 90%) from ticket sales does not make this possible. There are no tax-subsidised Film Festival tickets in New Zealand! We are able to run an extremely expensive festival here thanks to a measure of sponsorship, and an audience prepared to pay normal movie admission prices for what we hope will be a better than normal movie experience.

Increasingly niche cinemas in the smaller centres are able to fill the gaps, picking up films that have become available for release in New Zealand as a result of their popularity at the Auckland and Wellington screenings. Discerning audiences throughout the country benefit from the work of NZIFF and the support of Auckland and Wellington audiences who have met the substantial establishing costs of so many of the films that we import in the first place. If you succeed in having some of the films you're missing in your local NZIFF screened locally in the year that follows, then we'll be as pleased about that as you are.

Often our screening agreements stipulate the number of screenings that their films can have at NZIFF. Most entrants hope that the NZIFF screenings will prove the first of many screenings for their film in New Zealand. They are often nervous that potential local distributors or exhibitors will resist taking up films that have already had multiple NZIFF screenings.

The Bridgeway Cinemas and The Lido
We said farewell to our satellite venues in Epsom and Northcote Point in 2014. Leaving two of Auckland’s favourite arthouse locations has been a painful decision, but sadly we cannot sustain the cost of running some of our most popular films in multiple venues. Centralised screenings of our complete programme help secure our continuing selection of films, great and small, from around the world. We thank staff and management of both cinemas for their enthusiasm and support over the years, and apologise for any inconvenience or disappointment to their loyal patrons and our own.