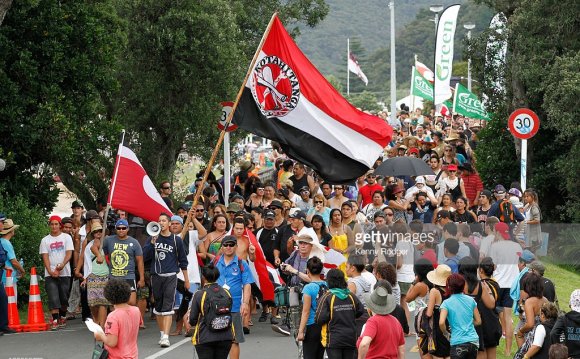 The history of both the Treaty and of the national day since 1840 has moved from a lack of recognition, acknowledgment, or even knowledge, to protest, debate, and controversy, and increasingly to celebration. With these shifts over time has also come greater awareness and understanding of the issues. Those issues relate to past land alienation, assimilationist policies and loss of culture and autonomy, and the current role of the Treaty as the country’s founding document (particularly in the context of what this means for Māori rights, Māori economic and social development, and the relationships between different groups of people in what is now very much a multicultural society).

I clearly won’t be able to cover the breadth and depth of the issues and discussions relating to the Treaty in this post. To some extent, however, the history of Waitangi Day itself does offer some insights into the subject.

The signing of the Treaty on February 6 wasn’t officially commemorated until 1934, and it has only been a public holiday since 1974. The event at Waitangi in 1934 came about because the then Governor-General gifted the Treaty House and grounds to the nation. The Governor-General’s prayer on that day expressed the desire that “the sacred compact made in these waters may be faithfully and honourably kept for all time to come” and that the two races (Māori and Pākehā) might unite as one nation. Although celebrations exhibiting national pride and unity occurred in the following years, particularly on the centennial in 1940, Māori began to seek to use the day to highlight injustices and challenge the nation’s record on race relations.

In the 1950s and 60s, there was movement towards making the day a public holiday. The Waitangi Day Act 1960 declared that February 6 would be known as Waitangi Day, but did not provide for a national public holiday. Then an amendment in 1963 made Waitangi Day a public holiday in Northland only (the province in which Waitangi is situated). Finally, in 1973 the government announced that the following year “New Zealand Day” would be celebrated as a national holiday on February 6. The idea was that the day would be neither symbolic nor religious, but would be an important part of efforts to achieve a “full sense of nationhood.” The name of the day was changed back to Waitangi Day by legislation enacted in 1976, with the government saying that this was due to representations that this would better recognize the significance of the Treaty.