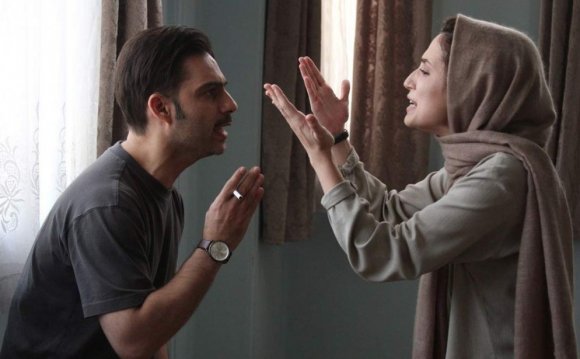 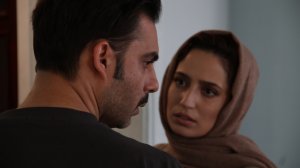 Why give an Iranian film an Australian title? In the misleadingly named “Melbourne, ” the distant city is but an abstract idea — like Michael Haneke’s “The Seventh Continent” — of a new life far removed from the hassles and stress that hound its central couple. Set almost entirely in a Tehran apartment, where the action unspools virtually in real time, Nima Javidi’s unnerving debut takes an incredibly relatable premise (impossible to discuss without revealing the surprise) and invites auds to speculate what they might do in the characters’ shoes, effectively minimizing the distance that can sometimes limit Western interest in Iranian cinema.

“Melbourne” debuted at the Venice Film Festival, where it kicked off the Intl. Critics’ Week sidebar, but has since managed to confuse potential champions as it travels the circuit, the title inadvertently disguising its true cultural identity. Fest programmers are constantly on the hunt for strong new Persian voices, and Javidi demonstrates enormous potential, judging by a feature that makes such strong use of its script and two central characters, Amir (another gripping turn from “A Separation’s” Peyman Moaadi) and Sara (Negar Javaherian, every bit his equal).

This seemingly ordinary middle-class couple have one foot out the door when we meet them, via a somewhat clunky introduction: The film opens on a flustered female census worker who arrives at Amir and Sara’s flat just as the two are packing their bags to leave. (The credits unspool over a hypnotic montage of clothes being vacuum-sealed into plastic bags, which might have been a wiser way to begin the picture.) She interviews them briefly — just long enough to establish that they are on their way to Melbourne, where the couple intends to spend three years — before disappearing.

Perhaps Javidi needed a device to distract us during the film’s opening reel, which focuses on the relatively normal confusion one might expect to find in an apartment whose residents are trying to juggle the last details before a major life change. Characters come and go, including a young woman (evidently a family member, though her connection isn’t clear) who fusses with a baby sleeping in the back bedroom. And the baby? Well, she belongs to a neighbor, whose nanny asked Sara to watch little Tina for a few hours on a day when her attention is clearly elsewhere.

Then, quite suddenly in the midst of all the hustle and bustle, things change (spoilers ahead): Amir goes into the bedroom where the baby is sleeping and discovers that Tina isn’t breathing. In fact, she’s dead and has been for some time. Was Tina delivered to them that way? Who would do such a thing? Or worse — and here the couple’s torment knows no bounds — could it be that the infant expired under their supervision, leaving them responsible?

It’s a gripping premise, craftily orchestrated: The baby has been there for nearly 20 minutes, but it takes some clever maneuvering to introduce a child and then allow audiences to forget about it (one reason any discussion of the film’s plot affects the delicate chemistry of all that follows). When Amir enters the room, a draft blows the door shut, breaking a pane of glass, but the noise doesn’t arouse the baby, who lies still in the corner of the frame. It may take audiences a moment to pick up on the significance, but Amir reacts quickly.

In this moment, reinforced many times over in the subtle manipulations that follow, Javidi reveals himself to be an incredibly shrewd writer. Of course, the entire scenario has been orchestrated to test the couple’s true character: What do their individual reactions say about them as people? How does their subsequent behavior affect the way they see one another? Can their relationship — which seems quite healthy when we meet them — withstand the pressure of this unforeseen crisis? Through it all, Javidi manages to present the crisis in the most organic way, planting clues (fresh character revelations, really) with the skill of a mystery novelist, then tightening the screws as the paramedics arrive, phones ring, Tina’s father returns and so on.

And yet, there’s something off in the couple’s behavior that threatens to send the hypothetical construct off the rails. Perhaps the explanation is cultural — much like the couple’s decision to leave Iran, and seek opportunity elsewhere, only to have their chances thwarted at the last moment — but to foreign eyes, “Melbourne” appears to be another one of those elaborate thrillers in which things would simplify themselves immensely if the characters merely notified the authorities.