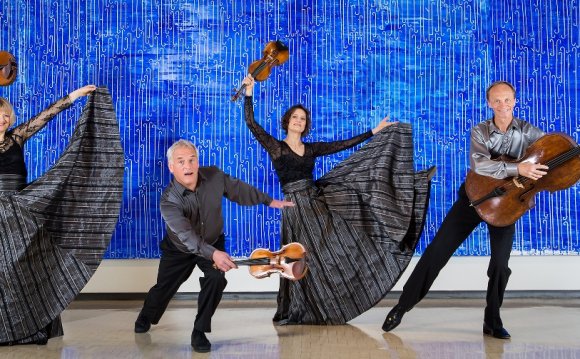 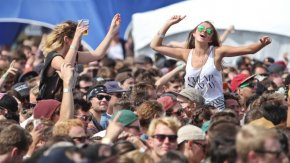 Fans at St the Laneway Festival at Auckland's Silo Park in January this year.

With Big Day Out down for the count this summer, Laneway takes over as festival top dog. Back at Auckland's Silo Park on January 26, there are some massive names on the bill; Angus and Julia Stone, Banks, FKA Twigs, Future Islands, Courtney Barnett, St Vincent, Vic Mensa - the list goes on. What better way to celebrate Auckland Anniversary day?

A festival side-festival, running alongside R&V. Two nights of concert goodness for some 15, 000 campers. Featuring Flume, Shapeshifter, David Dallas and Tim Phin, you don't even have to go to R&V to stay (but why wouldn't you?).

Located between Cardrona Ski resort and the Pisa Plateau, this is the only festival that looks this good, and the only festival this big in the South Island. It's running at the same time as R&V (December 30-31) so South Islanders can party it up too. Lineup includes Bastille, Chet Faker, Zane Lowe, DC Breaks and Seth Hamilton.

Set up camp in Mangawhai and party in the New Year away from the masses. Taking place December 30-31, Northern Bass features Fat Freddy's Drop, Ghostface Killah, Concord Dawn, Estere and Knights of the Dub Table. They even offer boutique camping.

See in the New Year from Waiheke Island, with dedicated ferry transport to and from the mainland and a lineup including Ron Carroll, DJ Reminise, Beat Mafia and Murry Sweetpants. Highlife is on New Year's Eve from 2pm-2am.

The Wellington waterfront becomes home to New Zealand's best and brightest. The 2015 lineup features acts from Six60, Kora and Katchafire to Benny Tipene and Ginny Blackmore, plus everything in between. Fifty-seven acts, seven stages, one day: March 7, 2015.

New Zealand's own international festival is home to a Global Village, with worldly cuisine, workshops, a Living Library, and Village of Wellness. That, plus a lineup including Rufus Wainwright, Sinead O'Connor, Bombino and Tahuna Breaks. March 13-15 at New Plymouth's TSB Bowl of Brooklands.

Held at Tapapakanga Regional Park, with its freshwater lagoon and views over the Coromandel peninsula, Splore is all about nature and reducing the festival footprint. February 20-22, 2015, lineup includes Tinashe, Trinity Roots, The Phoenix Foundation and Race Banyon as well as art and installations, workshops and performance art.

The 9th annual Winery Tour 2015 featuring Dave Dobbyn and Don McGlashan together in concert, as well as Supergroove and Anika Moa, playing 11 shows nationwide from Matakana to Waipara. Starts in Tauranga, January 24 and finishes in Waipara on February 28.