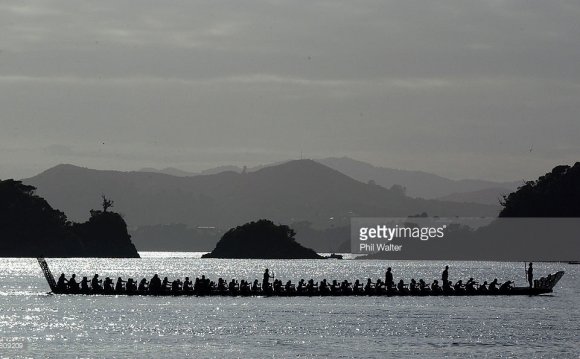 Ground crew for national carrier Air New Zealand performed a haka as the aircraft carrying the team taxied to its gate around 7am local time.

On Wednesday morning, more than 2, 000 fans, many having waited since 4 am, cheered wildly when the team appeared in the terminal, led by captain Richie McCaw carrying the trophy. 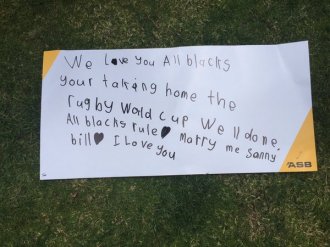 Flyhalf Dan Carter said: “There’s happiness that all that hard work has paid off. It’s just such a special feeling.”

The team then made their way to Auckland’s Victoria Park, where huge crowds had gathered in the rain to see the world-beating players, who paraded past fans, signing autographs and posing for photographs.

Finally making it to the stage, McCaw led the team – and the Webb Ellis Cup – on to the platform, to the song Men in Black.

8yo Ava Anderson was too shy to pose for a picture. But her poster for @SonnyBWilliams was too cute. #AllBlacks

Addressing the crowd of thousands, McCaw said: “Seeing you all here has made it all worthwhile.

The team has a victory parade through central Auckland later on Wednesday, and further parades will be held in Christchurch on Thursday and Wellington on Friday.

Celebration Life in New Zealand with a Cruise Vacation ...