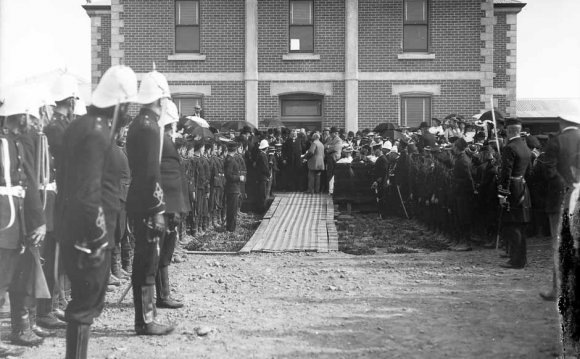 New Zealand has 11 statutory public holidays. In most cases they give people a day off work. Some holidays are ‘Mondayised’ – if the day falls on a weekend, workers get the Monday off instead.

From 1873 banks were required to close on six specific holidays, but most other people had to work. Laws governing working conditions extended these holidays to some other workers. The first statutory public holiday for all workers was Labour Day, from 1899.

Easter has religious significance for Christians. Many people enjoy hot cross buns and chocolate eggs. Easter is in March or April, though the date changes each year. Good Friday and Easter Monday are holidays.

Christmas is celebrated with carol singing, Christmas trees and present-giving, and Christians may go to church. In New Zealand Christmas is in summer, so some people go to the beach or have barbecues. Christmas Day (25 December) and Boxing Day (26 December) are holidays.

Scottish settlers made New Year’s Eve a big celebration, including ‘first footing’ – trying to be the first person to visit a neighbour in the new year. In the 2000s New Year’s Eve features fireworks and parties. New Year’s Day and 2 January are holidays.

Provincial anniversary days are on different days in different areas. They were celebrated from the mid-19th century, usually on the day that the first European settlers arrived in a region. Sports events, regattas, balls and races were held.

Queen’s Birthday is the first Monday in June – not the actual date of the queen’s birthday.

Labour Day was first celebrated in 1890 by trade unionists, who wanted the eight-hour working day extended to all workers. It became a public holiday in 1899, and is the fourth Monday in October.

Anzac Day (25 April) is the anniversary of the landing of New Zealand and Australian troops at Gallipoli (in modern-day Turkey) during the First World War. It honours all New Zealanders who served in wars overseas, and services and parades are held at war memorials.