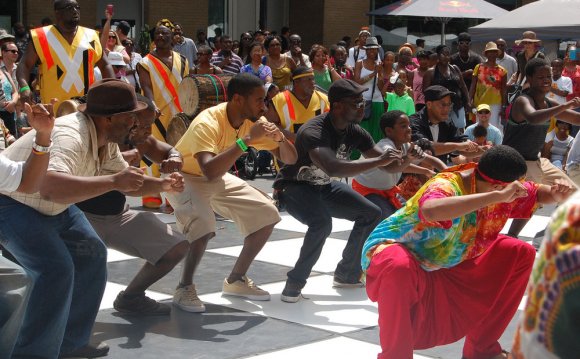 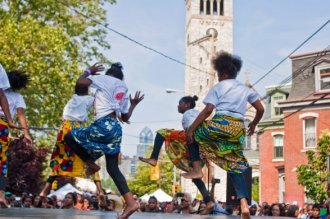 The festivities begin with a procession to the Schuylkill River, where offerings of fruits and flowers are made to Oshun, the Goddess of the River. The procession then returns to 23rd and South streets for the official start of the street festival.

All sorts of African, Caribbean and Soul food will be readily available at the festival. Look forward to a variety of fried fish dishes, curry goat, fried chicken and much more.

The food is a huge attraction at Odunde, with a variety of vendors rarely seen at other regional festivals, so be sure to check out the awesome cuisine. Also, with large crowds expected, be prepared to wait in line for the best dishes.

More than 100 vendors will sell everything from crafts, clothing, jewelry and more at the neighborhood festival. Beyond shopping from local vendors, the African Marketplace at the Odunde Festival promises shoppers items from countries in Africa, the Caribbean and South America.

An array of live music and performances will also take place on designated stages.

Odunde is a Yoruba word that means “Happy New Year.” Every year, Odunde draws vendors from not only America but from an array of African and Caribbean countries as well.

Odunde is the creation of its South Philadelphia founder, Lois Fernandez, who launched the festival after visiting similar celebrations in Africa. The concept originates from the Yoruba people of Nigeria, West Africa, and celebrates the coming of another year for African-Americans and Africanized people around the world.

ODUNDE, Inc. is an educational and cultural organization that sponsors year-round programs featuring the African Diaspora as well as the annual Odunde Festival. Traditionally, the festival draws 32-percent of its visitors from outside the Philadelphia region.