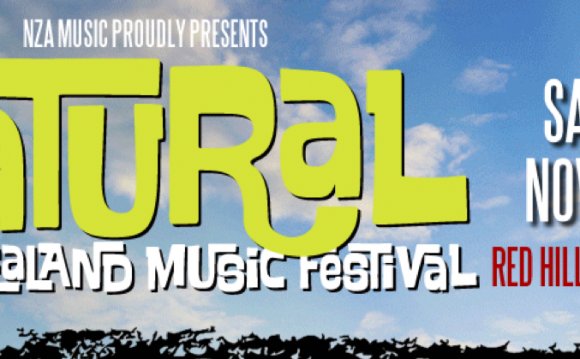 Video will play in

Auckland City Limits is the name of a new multi-genre summer music festival promoters hope will replace the Big Day Out in the hearts and minds of local music fans.

The event, announced today, will be staged at Western Springs on Saturday March 19.

The line-up of 40 or so acts is still under wraps and will be out early next month.

The show is the first international extension of the annual Austin City Limits music festival in the Texas capital.

The event has since grown into a two-weekend experience, featuring more than 130 acts in the city's Zilker Park.

Last year the show had Eminem, Pearl Jam, Outkast, and Calvin Harris as headliners and next month's has Foo Fighters, Drake, the Strokes, and Florence and The Machine topping its bill.

The six-month gap between the Texas and New Zealand events means little chance of common line-ups.

Plus, the Austin festival - which started out as a one-day affair - is now a three-day two-weekend event with 75, 000 attendees a day, while Auckland is starting out as a one-dayer with the hope it may grow to a multi-day event.

The new festival is the result of a partnership with former New Zealand Big Day Out promoter Campbell Smith's company CRS, American company C3 Presents (which is behind Austin City Limits, the Lollapalooza festivals and which bought into the BDO in its final year), and international tour giant Live Nation.

The poor performance in Australia of the Big Day Out in 2014 put paid to the franchise being resurrected any time soon.

Smith saw an opportunity with the 40, 000-in-attendance success of the 2014 Auckland BDO at the new venue of Western Springs after many years at Mt Smart Stadium, to create a new event especially for Auckland.

"I'd probably say it was the most successful Big Day Out that I did, mainly because of the venue. It was one of those moments where I thought 'I should have done that 10 years ago'. I don't know why I didn't do that.

"It's just such a great place to put a festival - inner city, grass, lake.

"We each looked at that and thought 'we've put this show on, it's been really well received now we're not doing anything any more.

"So I started talking to [C3] about doing something. And I guess if it wasn't going to be a Big Day Out it kind of opened up the opportunity to look at what really would work for Auckland."

Having attended the festival, he thought the Austin City Limits festival would be a good template and C3 agreed.

"When we did Big Day Out a few years ago, we realised quickly that Auckland was one of the best markets on the tour and needed its own event. That's where we made the connection, " C3 partner Charlie Walker told TimeOut.

Also on board for taking ACL to Auckland, says Smith is Austin television station KLRU, which, since 1974, has made the Austin City Limits show, the longest-running music programme in television history in a town known as the live music capital of America.

"I don't know how it transpired but when we were talking about the Auckland version of Austin City Limits, some lightbulb went off: 'well we've got the alliteration in our favour - we could just call it Auckland City Limits and make it really obvious'. So we did that, " says Smith.

The atmosphere at the Austin City Limits Music Festival, Texas.

ACL won't be the BDO by another name, says Smith. For one thing, the March date is two months later in summer than the BDO was.

The March show coincides with the annual Auckland Arts Festival and is now nearly two months after Laneway, rather than a week or two ahead of it was usual for the Big Day Out.

"It felt like March is a good time-frame weather wise, " says Smith. "I also liked the idea of being in among the arts festival. There is a lot going on at that time, not in a competitive way, more in a a complementary way. It made this event feel like it was a part of this city's cultural and artistic programme."

And the music will be programmed from Auckland, not Australia.

"The Big Day out was an Australian tour and we were just the sixth show ... we didn't have a lot of choice in what was coming here and there were a lot more Australian bands than I thought I would ever need because I had to take them one and it often doesn't translate.

"This is an opportunity to see what would work for Auckland."

Smith says it will be a multi-genre heavyweight music event like the BDO with the ambition to have a "contemporary" line-up.

But with the extra emphasis on good food, art, a fashion market, a kids' zone, a festival forum, pop-up bars and shops, the ACL at Western Springs is looking beyond music too.

"I love hearing stories from people in their 30s or 40s saying 'I first heard that band at the Big Day Out and they are now my favourite band'.

"It just feels to me that is an alternative you can offer to people rather than simply sprinting around stages."

"But I still want it to be the same thing where 15-year-old kids can go 'this is what I want to see' and 50 to 60 year olds people can go 'that is the thing I want to see' - and everything in between."

Walker: "Austin City Limits Music Festival was built and became successful with the input and support of the fans and community of Austin. We hope the community in Auckland will embrace this festival in the same way and make it an event they can be known for and be proud of."

Predictably, the event and its Austin connections have been welcomed by Auckland city officials in a joint statement from Mayor Len Brown and ATEED chief executive Brett O'Riley.

"This is an innovative addition to Auckland's major events calendar, " said Brown.

"A multi-faceted music and cultural festival with long-term potential to not only be a great outing for local music and arts lovers, but a chance for Auckland to forge cultural and business links to this dynamic American arts and tech hub."

O'Riley: "We think Auckland City Limits has good medium to long-term potential to deliver significant benefits to Auckland in addition to bringing new money into our local economy and providing a new drawcard for visitors."

Get Bizzle and Gabe to Natural NZ Music Festival