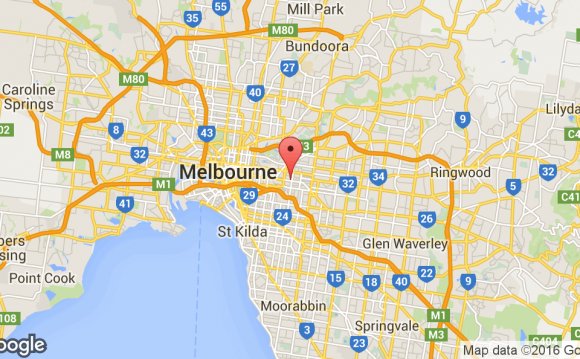 Ben is a highly regarded and enthusiastic chef with over 20 year’s commercial experience in both high profile local restaurants such as Bilson’s and International Michelin Star establishments such as the Mirabelle in Mayfair, London. Ben also teaches the chefs of the future at Ryde Tafe and put together the BBQ School to share his knowledge and passion for food and entertaining.

Joining the team in March 2014 Kat has spent many years as a professional Chef and Event Manager, most recently as the Executive Chef at the Australian Retreat at Wisemans. Amongst many other things Kat works tirelessly coordinating all of our classes and events nationally, ensuring your experience is complete for the ultimate cooking experience! Kat is a creative and hands on chef who loves to share her passion and knowledge of quality food and entertaining to all of our class attendee’s. During School Holidays you will find Kat, teaching the next generation of mini master chefs in our BBQ Kids classes. Next time you’re at a class say Hi and feel free to ask her the toughest BBQ Cooking questions.

Victoria is the Admin, Events & Marketing Coordinator here at the BBQ School team. Having just finished her International Business Bachelor in Barcelona (Spain) and traveled around the globe for a while, she is now dedicated to get some work experience with this amazing team. 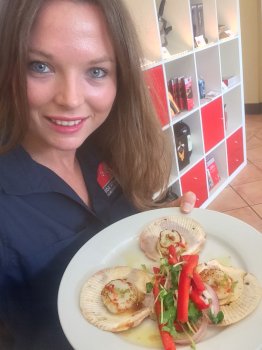 John started with the BBQ School in January 2014, and quickly became a favourite amongst customers and staff alike with proefessional nature and dry wit. John started his chef career at the Bellevue Hotel Paddington, and like most young Aussie chefs found that London was calling, where he worked at such places as the Milennium Hotel in Knightsbridge and Osia in Haymarket. When John returned to Australia, he worked in senior positions at notable hotels such as the Shangri-la and The Star, before making the move into training, John now spends his days training and mentoring the young apprentices of Sydney. You will find John at most Saturdays at Willoughby ready to take keen BBQ’ers under his wing and show them how its done.

Seamus or “The Moose” as he is known around the office is a professional Chef having originally learned his craft in Ireland. Then moving abroad to continue his thirst for knowledge, he eventually landed in Sydney and spent time working in everything from chef hat restaurants to food vans with much acclaim. Seamus, for the past 9 years has been working closely with the Chefs of the future – teaching commercial cookery at Ryde Tafe. Seamus also has a Bachelor of Education with Honours. In his spare time Seamus had his own chocolate business “choc-a-holic”. Seamus and has been delighting the students at BBQ School with his chef skills for the past 3 years. 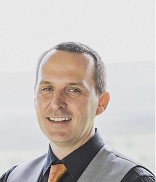 Arturo or “The Mexican” Join BBQ in 2011. Hailing from Mazatlán, Mexico. After he completed his chef training at the CIA (Culinary Institute of America), While working throughout the US he met Baz Lurhman and started working as a caterer on the set of Romeo and Juliet. He then came to Australia where he worked for 18 years in the movie catering industry, working on such films as, Mission Impossible 2, South Pacific, The Godfather, Superman, The Matrix 1, 2 and 3, Stealth, Tomorrow When the War Began, and Scooby Doo. Between all the excitement of movie catering Arturo also worked as a personal chef to Tom Cruise and Nicole Kidman. Now days Arturo prefers a quitter role work during the week, with a French caterer in North Sydney and You will find Arturo most Thursday nights at Willoughby and on a Sunday at Centennial Park 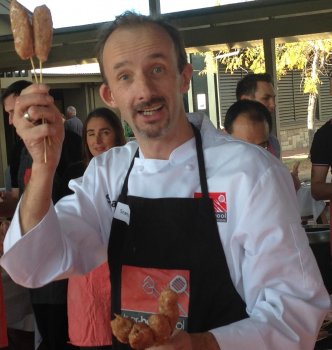 Neell Joined BBQ School in July 2014, from Venezuela. Neell is in Australia to study English, but he is actually a mechanical engineer. Neell spends his days at BBQ School, helping to set up all of our public and corporate classes, you will also see him every Saturday at WHQ and also at Centennial Park on Sundays ready to serve you cold beer.

Adopted Aussie, and American BBQ Master! Eric joined the BBQ School Melbourne team in 2013 and is part of a vital fabric that is BBQ School Melbourne. Every week our adopted Aussie delivers BBQ cooking classes which ooze passion, information and fun, and he is loved by many of our BBQ School guests so much so that they come back time and time again to learn recipes, tips and secrets from him. Eric or Uncle E-Rock has an exceptional working history starting in his home country – Canada before seeing the light and moving to Oz, starting his Aussie career at Bistro M with the Meridian International Hotel School in Victoria.

Katarina or “Miss Kat” as she likes to be called is our Melbourne pocket rocket. During the week Kat studies Nursing at RMIT University Bundoora. You will find Kat every Saturday and Sunday at Beer DeLuxe ready to serve you a beer and to snap your class pictures for Facebook.

Cassie from Tassie! Is the newest member of Team Melbourne, she moved to Melbourne to start her culinary dream as an apprentice chef working at some notable restaurants around Melbourne before joining the team at the Melbourne exhibition Centre where she found her passion for functions and events. Just call her the wedding catering queen. Cassie is a self-confessed food nerd who loves the science and history of food, where it comes from and how it was discovered. She believes that food does not need to be complicated to be good, simple food done well! is her motto. You will find Cassie on Saturday’s and Sunday’s at Beer DeLuxe ready to teach you everything you need to know about the perfect BBQ.