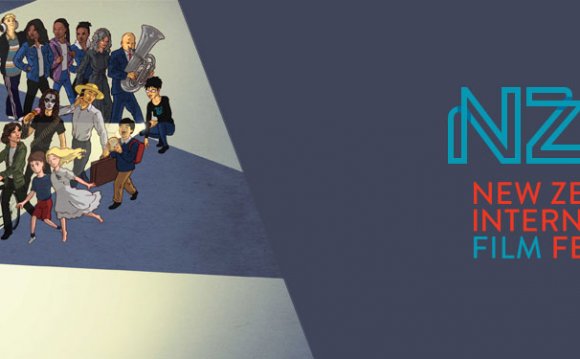 The New Zealand International Film Festival is a national event extending the cinematic options of audiences and filmmakers throughout New Zealand. A programme of between 150-170 features is presented in Auckland and Wellington. NZIFF opens in Auckland one weekend and gets underway in Wellington the next, overlapping for ten of their respective 17-day seasons. A smaller programme then travels to twelve further centres. The consolidation of several separately evolved Festivals into a single event known as The New Zealand International Film Festival occurred for the first time in 2009.

Founded in 1969 as a component of the Auckland Festival, the Auckland International Film Festival in time became a fund-raising event subsidising live arts. Rescued from this role by the intervention of the New Zealand Federation of Film Societies in 1984, the Festival achieved an audience in excess of 100, 000 for the first time in 2005. The year 2000 marked NZIFF’s return to the fabulously refurbished Civic Theatre, the South Pacific’s most insanely beautiful picture palace.

The Wellington Film Festival was inaugurated by Lindsay Shelton and the Wellington Film Society with seven films in 1972 to supplement the meagre options of Wellington filmgoers. Thirty years later those options were not at all meagre, but the Festival continued to grow, showing over 150 programmes to audiences in excess of 71, 000. NZIFF has a long tradition of supporting New Zealand filmmakers. The main venue is the magnificent Embassy Theatre. NZIFF has played a major role in the theatre’s rehabilitation and continuing refurbishment.

Celebrating the 40th Wellington Film Festival in 2012, we invited selected Wellingtonians and long-time associates of the Festival to relate Festival-related stories. We collected some funny and wonderful recollections of the way we were.

Founded in 1977, the Dunedin manifestation of NZIFF presents a highlights package of approx seventy-five features - plus shorts - in the small and beautiful South Island university city of Dunedin. A superbly preserved venue, Dunedin’s Regent Theatre combines the spacious elegance of a ‘20s movie palace with state-of-the-art projection and sound. The world's southernmost Film Festival is not only a very popular local event; it is also one of the best places in the world to see and hear your film!

Founded along with the Dunedin event in 1977, the Christchurch Festival in the South Island’s largest city presents substantially the same highlights programme. Christchurch is a city of avid moviegoers for whom NZIFF functions as a popular showcase sample of the international Festival circuit. Following Dunedin and Christchurch, a selection of up to thirty films travels to twelve provincial cities, beginning with the university towns of Hamilton and Palmerston North.

The Autumn Events classic film weekends screen in the four main centres during April and May every year. A small but high profile line-up of classic films and New Zealand premieres screen on the grandest screens in Auckland (the Mighty Civic), Wellington (Embassy Theatre), Dunedin (Regent Theatre), and Christchurch (Hoyts Riccarton). Now in its fourth year in Auckland and Wellington and third year for Dunedin and Christchurch, the Autumn Events programme promotes a sense of occasion around heading to the cinema to experience movies best seen with a crowd of movie-lovers on a giant screen.
Autumn Events has evolved out of the World Cinema Showcase, a small film festival run by the New Zealand Film Festival Trust for 14 years until 2012.