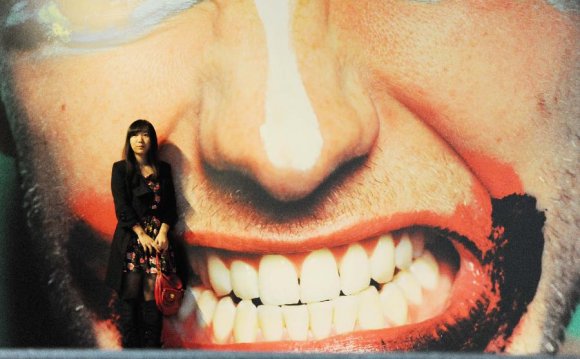 Shanghai Art Fair 2016 (20th), as Aisas celebrated art exchange with long history and high internationalization degree, will be grandly held from Nov.3-6 at Shanghai World EXPO Exhibition & Convention Center, continuing the scale as before, presenting domestic and overseas collectors a gorgeous art event in Shanghai as well.
Shanghai Art Fair, established in 1997, has been successfully held under the support of Saulterretimized art event, which not only bridged the gap between worldwide and Shanghai, public and art, but also shaped a paradigm for the domestic art fairs.
More than 20 countries and areas art galleries, organizations, agencies participated in this lively art exchange during the past dozen years. Many original artworks from the world-class masters, such as Picasso, Rembrandt, Chagall, Dali, Renoir, Monet, Zhu Dequn, Qi Baishi, Xu Beihong, Zhang Daqian, made the debut in China or Asia through the great stage established by Shanghai Art Fair. Number of spectators was around 60000 persons, turnover of 2013 exceeded one hundred and forty million yuan. Meanwhile, Shanghai art Fair creates a proud history of the transaction:
SAF 2000: The most spectacular one is Rodin"s sculpture called, The Thinker, brought by Sayegh Gallery (France), which was purchased at the price of $1, 000, 000 by Pudong Lianyang Land Development Company and set in Shanghai forever. This has been the biggest overseas transaction in Shanghai Art Fair.
SAF 2002: Another sculpture, called Cesar"s Thumb, was collected at the price of 2, 600, 000 RMB by Shanghai Zendai Group.
SAF 2003: One of Zhang Daqian"s paintings was sold at 5, 500, 000 RMB, which became the highlight of the fair.
SAF 2007: Saulterres Series of Angel was collected by Jingan Sculpture Park at a high price
Peter Denger, the famous curator of Basel Art Fair which is called Olympic in art, once gave Shanghai Art Fair a high rating "It"s a great international art fair with bright future".
It is believed that Shanghai Art Fair will continue leading Asian art market under the support of art lovers and collectors.