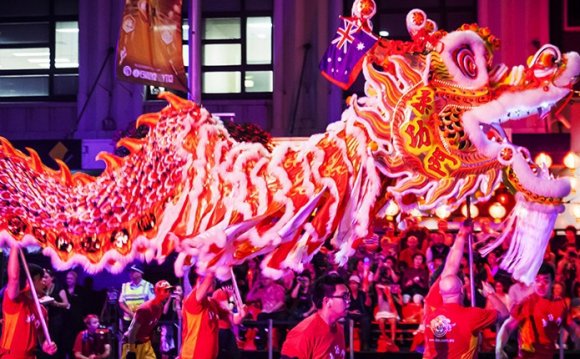 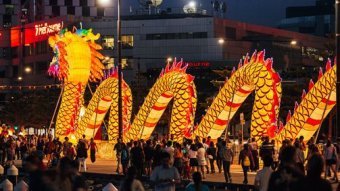 Freelance writer living in Melbourne. If you enjoy the following article click on the Like button, Facebook it to your friends or subscribe to my articles. I try to find fun, rewarding and usually free adventures for you in your home town.

People who have never ventured out into the midst of a noisy, colourful Chinese New Year festival are missing out on a vibrant cultural experience. These days it is very much part of the not-to-be-missed to do list of Melbourne's cultural experiences.

There is plenty to see, hear, taste and enjoy. In the famous lion dances, lion dance troupes visit the shops of the Chinese community to perform the traditional custom of "cai qing" (採青), which means "plucking the greens."

Unbeknownst to onlookers is that hidden in that pile of green leaves is a red envelope containing money. The "lion" will dance inwards backing off occasionally like a curious cat, to "eat the green" and "spit" it out but keep the red envelope which is the reward for the lion troupe. The lion dance is believed to bring good luck and fortune to the business for the year ahead.

It is dramatic to watch because most of the basic lion dance movements are to be found in Chinese martial arts and the young people beneath the costume are incredibly fit and agile. 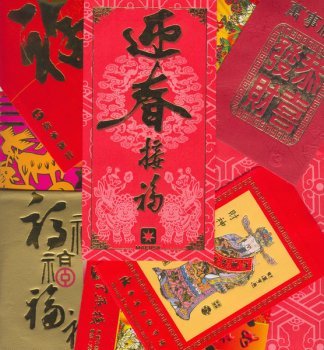 You will often see the lion and also the 'Laughing Buddha' who is dressed in a mask and monk's robes. He teases the lion with a fan made of banana-leaves which makes the lion jump around. Check out the video below taken in Box Hill in 2015.

The dance is accompanied by the music of beating drums, cymbals, and gongs, that are synchronised to the lion's movements. It is noisy and chaotic but totally absorbing to watch.

Parents also give their children red envelopes with good wishes for their kids growing and staying healthy in the coming year. Again the red envelopes have money in them. Money put in red envelopes is believed to bring good luck, as in Chinese culture red is a lucky colour, so it therefore becomes lucky money.These envelopes also have gold characters on them with wishes for good fortune, health, wisdom, or prosperity. 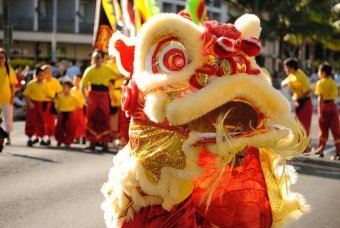 The naming of the years after animals comes from a legend which tells of Buddha, the Emperor of the Heavens, inviting all creatures to share in the New Year's celebrations but only twelve animals turned up. To reward their loyalty, Buddha named a year after each one in the order they came: Rat, Ox, Tiger, Rabbit, Dragon, Snake, Horse, Ram/Sheep, Monkey, Rooster, Dog, and Boar/Pig.

You will see vivid bright red decorations everywhere. This is to keep away Nian and other such beasts of prey because legend has it that such beasts find the colour red frightening.

Rounds of firecrackers are let off to keep the beasts at bay and to frighten away ghosts so the New Year can start free of them.

Perhaps if you have been having a bad year since December 31st this way you can purge the bad start and begin all over again.

So add it all up and you have a whole lot of excitement, colour and noise that is not to be missed.

I have only been to a couple of the celebrations over the years most notably the Box Hill one. But increasingly as the attendance grows each year these celebrations have become huge and engaging events with free cultural entertainment, fun fairs that include children's rides and enormous numbers of food vendors selling dumplings and special festive dishes.

Box Hill is a renowned for its annual celebration of the Moon Festival and extremely popular Chinese New Year Festival, which attracts around 70, 000 people to the centre of Box Hill.

The traditional start to the festival is Chinese New Year's Eve for a dinner where families get together for a lavish meal, with celebrations culminating two weeks later with a Chinese lantern festival.

Not all Chinese New Year celebrations are held on the same day so you have a chance to visit a few of them. They are as follows: 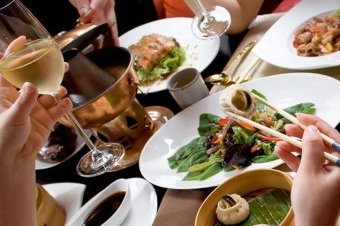 The Footscray celebrations are on 5th-7th of February

This event is not that well publicised yet in fact I had to ring to get this year's details. This celebration has it all with music, dancing, fireworks, elaborate decorations, cooking demonstrations and the lion weaving its way through the crowds. The Riverwalk Hawker's Bazaar is a must with lanterns, street entertainment and more than 50 stall holders.

The dates I was given are Friday the 5th of February until the 7th of April with the fireworks on from 7.45 on Saturday the 6th of Feb. Keep and eye on this website for details

Box Hill celebrations are on the and on Sunday. These are held at Main St. Box Hill. For more information go to this website. The Main Stage (located at the intersection of Market St & Main St) will be hosting a full entertainment program from 2pm (Saturday) to 12:30am (Sunday). Program TBA. With 80, 000 people expected, parking will be very limited. Best way in is my tram, or train. Thankfully Box Hill is blessed with public transport.

Springvale celebrates on This is the big one in Melbourne as festivities run over seven days. These include dances, Chinese opera, a karaoke competition, numerous foods stalls, arts and crafts, Chinese chess competitions, lion dances, dragon parades, calligraphy and children's events.

The big day is Sunday where the Dragon will parade through the streets of Melbourne starting in Little Bourke Street.

Finally on the which celebrates the last Chinse new Year festival held in Melbourne every year.

Why? To bring in the Chinese New Year