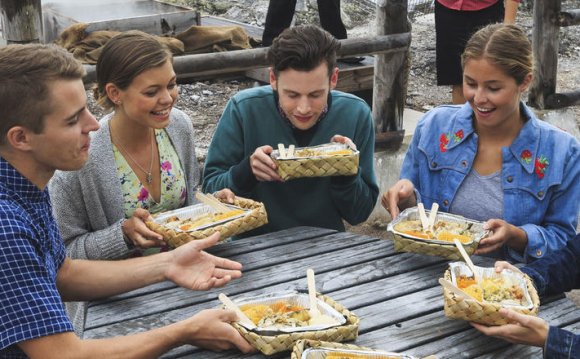 The genesis of rock music festivals lay in the troubled emergence of teenagers as a distinctive group and economic force in the second half of the 20th century. This voluble market, where the new and different has high currency, is keenly attuned to changes in technology and shifts in fashion. Youth culture has always been sharp-eared, quick-stepping and internationalist at heart. Teenagers are natural networkers, knitting together communities of interest nationally and internationally.

When the baby boomer generation swelled the teen and post-teen ranks of the 1960s and 1970s it ensured a vibrant local response to the pop revolution that was electrifying the western world. Rock groups found a ready market, with the lure and promise of Australia for those who wanted to step up – as many did. Local music scenes revolved around clubs and dances. Each main centre and many smaller ones had savvy professional promoters, such as Phil Warren in Auckland, Trevor Spitz in Christchurch, Eddie Chin in Dunedin and Ken Cooper in Wellington. Selling records was mostly financially unrewarding – acts saw them as promotional tools.

For established pop promoters early rock music festivals were an update of an old pattern, an expansion of the multi-performer package tours which toured provincial centres in the mid to late 1960s.

Redwood 70, cautiously sub-titled the first national music convention, was held at Redwood Park in Swanson in Auckland’s far west. It was organised by seasoned Auckland promoter Phil Warren. Despite attempted media comparisons this was no Woodstock. Redwood 70’s headline act was a newly solo and decidedly mainstream Robin Gibb, backed by a string quartet. The New Zealand groups who made up the bulk of the two-day festival’s entertainment were wilder and woollier. Over 9000 fans attended but Warren still lost money. It set a pattern which would restrict the enthusiasm for multi-day outdoor festivals in this country. There would be smaller gatherings in 1971 – the Englefield Rock Festival at Belfast near Christchurch, another at Waikanae over Easter weekend, and the University Arts Council's Jam Factory in July – but none of any note in 1972.

The roots of the new style of festivals lay in the communities they served – and it was from those communities festival organisers often emerged. New Zealand’s first attempt at a Woodstock-style festival was The Great Ngaruawahia Music Festival of early January 1973, organised by up-and-coming music promoters Paul Raymond and Barry Coburn. Although they had no experience of anything this large or ambitious, they would have been buoyed by the growing attendances for outdoor concerts at Auckland’s Western Springs by performers like Elton John and Led Zeppelin. They followed the Woodstock template closely, including plans for a live album and film, which is how the New York state festival turned a profit.

The Woodstock experience and related counter-culture provided media with their news angles, including the inevitable warnings about drugs, nudity and extra-marital sex. Sunday News chucked in the old chestnut about someone spiking the Ngaruawahia festival’s water supply with LSD. Photos of topless women reflected the selective morality of the times.