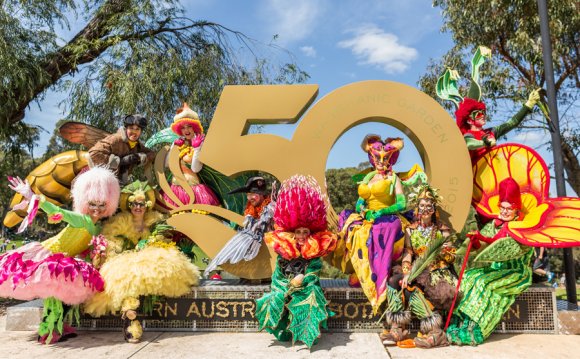 Big Day Out and Soundwave promoter AJ Maddah has said there might be no festivals going to Western Australia in 2015, in light of his recent contentious dealings with local governments and councils.

Yesterday, after one Twitter follower told Maddah they would be heading east from WA for a Megadeth sidewave, Maddah replied, “Sadly may have to get used to coming over as I reckon there will be zero festivals going to WA in 2015”.

The move sparked rumours of a possible Soundwave venue change, as that festival is also slated to be held at Claremont Showgrounds on 3rd March. Maddah confirmed such rumours yesterday, saying, “We’re trying to move, not sure if we can.”

Mayor of Claremont Jock Barker told Music Feeds the council was not involved in moving Big Day Out, alleging the decision was made for purely economic reasons. “Despite what the promoter says, the ticket sales are down, ” said Barker. “So it’s a matter of money, that’s why they’ve moved. It’s got nothing to do with us.”

Zammit, though, said money was not a factor in the decision to move, and Maddah also confirmed to Twitter followers that Soundwave ticket sales were not a concern. “In case of SW it is not ticket sales which I am very happy with. It’s state and Local Govs making it impossible.”

Characteristically, Maddah hasn’t been shy in announcing his disdain for Claremont, tweeting last week, “between the stage [sic] Gov, local council and the assholes at RAS they are making it impossible to do shows.” He also added, “It’s all about pushing events out of Showgrounds so it can be flogged off to their developer mates for apartments & town houses.”

Maddah has been contacted for official comment but is yet to respond. For now, though, the future of Big Day Out and Soundwave festivals in Claremont seems bleak, with Maddah tweeting, “If we can’t get a move to Joondalup there is no way we’re coming back to Claremont”.

We're trying to move. Not sure if we can.

Yeah. If we can't get a move to Joondalup there is no way we're coming back to Claremont.

in case of SW it is not ticket sales which I am very happy with. It's state and Local Govs making it impossible.