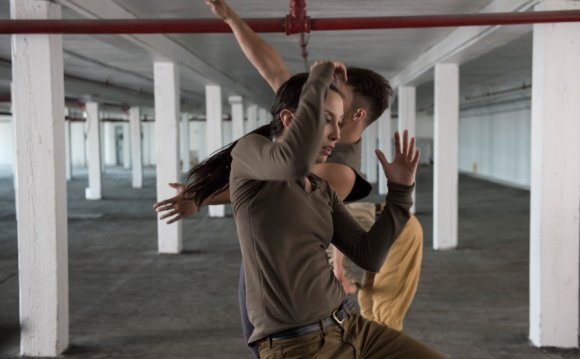 The San Francisco Dance Film Festival was established in 2010 to give the Bay Area a much-needed platform for the presentation and further development of dance-based films. The Festival seeks to bring dance to wider audiences and supports interdisciplinary collaboration among artists by providing opportunities for education and creative exchange.

Dancers and filmmakers have worked together since the invention of the motion picture, but the dance film genre has exploded in recent years as digital technologies have become more accessible to independent artists. Today’s dance films encompass a wide range of interpretations and include contributions from visual artists, animators, composers and live performers. SFDFF’s programming covers this broad spectrum by highlighting sub-genres such as “screendance”, short experimental dance pieces created specifically for the camera, as well as filmic interpretations of dance performances originally created for the stage. Feature documentaries focus on the process of creating dance—from historical profiles to behind-the-scenes views of today’s most innovative choreographers.

With the generous support of community partners both in the Bay Area and abroad, SFDFF has grown quickly as an organization. Within a few short years it has gained international recognition, drawing participants from all over the world for a vibrant annual celebration of dance on camera. Its year-round activities now include filmmaking workshops, lectures at universities and dance schools, and free film presentations at the public library.

San Francisco Ballet
As America’s oldest professional ballet company, San Francisco Ballet has enjoyed a long and rich tradition of artistic “firsts” since its founding in 1933, including performing the first American productions of Swan Lake and Nutcracker, as well as the first 20th-century American Coppélia. San Francisco Ballet is one of the three largest ballet companies in the United States and currently presents more than 100 performances annually—locally, nationally, and internationally. Under the direction of Helgi Tomasson for more than two decades, the Company has achieved an international reputation as one of the preeminent ballet companies in the world.

Museum of Performance + Design
Located in San Francisco, the Museum of Performance + Design (MP+D) is the only independent, non-profit art organization in the United States devoted to the history of performing arts and theatrical design. Founded in 1947 by Russell Hartley, a dancer and designer with the San Francisco Ballet, the organization was long known as the San Francisco Performing Arts Library & Museum (SFPALM) until it changed its name to Museum of Performance + Design in 2007. MP+D has served the arts community for over sixty years as a cultural resource and an archive for some of our nation’s most important performance related materials. It manages a rare collection of 3.5M items on the history of performances in San Francisco and the Bay Area, maintains a comprehensive Research Library, and hosts a variety of engaging public events onsite and online. MP+D recently moved from the Veterans Building in the Civic Center to a creative loft space in SOMA in the Yerba Buena Gardens neighborhood.