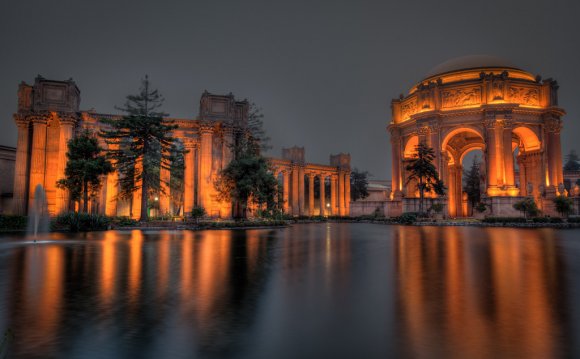 In the world of marketing and advertising, Commissioner Greg Chew’s track record spans over thirty years of innovation and success. With his start in mainstream advertising agencies, he is the founding creative director of the award-winning San Francisco based Dae Advertisng. Chew specializes in reaching out to the burgeoning, extensive and diverse Asian and Asian American consumer markets.

Dae Advertising and Dae Interactive was established in 1990, and in 2001, it was acquired by CDC Corp. Hong Kong, a publicly traded company (CHINA) on Nasdaq.

In addition to working with Fortune 500 companies, Chew is an active contributor and is deeply rooted to the Asian American community, serving on boards such as the Asian Business League, the Chinese Culture Foundation and Asian CineVision, New York. He is co founder of The Asian American Advertising Association.

Chew’s expertise has been tapped by the Academy of Art University, UC Berkeley Extension and San Jose State University, where he teaches numerous courses on design, marketing and advertising.

This mixture of business success and civic awareness endows Chew with a unique perspective, appointed in 2004 as San Francisco Film Commissioner, and in 2008 to the Immigrant Rights Commission, chairing the Commission’s Outreach Committee. He is a member of numerous San Francisco Sister City Committees.

He is the guest host of the Annual Asian Comedy Showcase at the legendary Purple Onion and is a partner in the wildly successful Betelnut Restaurant, which serves distinctive Asian street food in Cow Hollow, as well other restaurants and ventures in Shanghai, China.

Charles M. Collins is the President and Chief Executive Officer of the YMCA of San Francisco. The YMCA offers dozens of programs and services for over 183, 000 children and adults in San Francisco, San Mateo, and Marin counties. Mr. Collins was appointed chair of the Mayor’s Physical Activities Council by Mayor Gavin Newsom; he is currently co-chair of Shape Up SF, and a member of the National Public Policy Committee of the YMCA of the USA. He also serves on the Executive Committee of the California State Alliance of YMCAs.

Mr. Collins received his Bachelor of Arts with honors from Williams College, his Master of City Planning from the Massachusetts Institute of Technology, and his Juris Doctor from the Harvard Law School.

Simon J. Frankel, a San Francisco native, is a lawyer and teacher. He is a partner in the San Francisco office of Covington & Burling LLP, where his practice focuses on copyright and trademark litigation, technology and privacy disputes, and legal issues related to visual art. He has handled a wide range of disputes concerning art, including cultural property claims, title disputes, moral rights claims, and resale royalties. In addition, he has advised museums, auction houses, dealers, and artists on intellectual property, ownership, and other legal issues. Mr. Frankel is a frequent speaker on copyright and art law issues and has taught classes on art and the law at numerous law schools since 1995; he is currently a lecturer-in-law at Stanford Law School. Mr. Frankel is also an experienced mediator and a member of the Northern District of California’s Alternative Dispute Resolution panel. He and his wife, Courtney Weaver, and their three children live in the Richmond District of San Francisco. Mr. Frankel was appointed to the San Francisco Arts Commission on March 22, 2013.

Dorka Keehn is an award winning artist and the Principal of Keehn On Art, a public art advisory. In 2014, Dorka completed her second collaboration with artist Brian Goggin on a permanent site-specific artwork, Caruso’s Dream, commissioned by Avalon Bay for their new residential highrise, AVA 55 Ninth Street, San Francisco. Their previous collaboration, The Language of the Birds, the first solar powered public sculpture, was voted one of the best public artworks in the U.S. by Americans for the Arts. Dorka also led the fundraising effort for The Bay Lights, an $8 million dollar 25, 000 LED light installation by artist Leo Villareal for the Bay Bridge, which was unveiled in 2013. She is a founding board member of ArtCare.

Dorka is the Co-Founder and Co-chair of Emerge America, a Founding Board Member of Ignite, on the Board of Motion Theater Institute, and on the Advisory Boards of the Crucible and the Black Rock Arts Foundation.

As the Artistic Director of Presidio Performing Arts Center, a premiere cultural institution in America’s only urban National Park, Sherene directs Presidio Dance Theatre, an acclaimed multigenerational dance company, and she oversees its community programming, which presents a wide variety of public performances, workshops, and seminars at home and abroad. Her award-winning arts education programs, DANCE OUT! and Children’s Day at the War Memorial Opera House, offer thousands of children free afterschool dance classes and performances.

Commissioner Melania has choreographed for dance companies at home and in Europe, and presented for the United Nations, the International Red Cross, and PBS. Her work has been recognized by the press nationally in Dance Magazine and Dance Teacher, and internationally broadcast. Having excelled in artistic creation and innovative forms of cultural preservation, Sherene has received a “Certificate of Honor” in recognition of outstanding achievements in the arts from the City and County of San Francisco, and also a “Proclamation of Honor” from Stanislaus County for her Assyrian cultural preservation and humanitarian work. She is fluent in English, French, and Russian.

Love Story in the Palace of Arts San Francisco