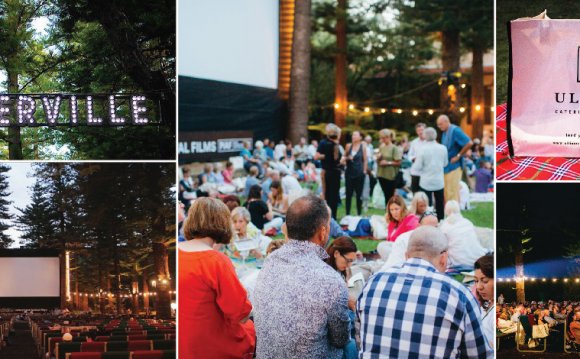 My favourite film has long been Do the Right Thing, Spike Lee’s thunderous, head-spinning, Brooklyn-set drama from 1989. The first time I saw Do the Right Thing, I was 14 and the first signal to me that this could be a very good film was the opening credits sequence. For four minutes, Rosie Perez shadow-boxes and dances in front of an expressionist, red-and-white-lit street scene, while Public Enemy’s incendiary hip hop track, 'Fight the Power', plays in full. It’s over two decades since I first saw it and I still can’t find an opening to a movie that I like better than this one. It’s Perez’s dance, it’s the lights, it’s the particular Basquiat-inspired font with which each credit appears, but, most of all, Public Enemy’s Fight the Power sets the film’s tone and themes so precisely that the song itself kicks the film’s narrative into gear before anyone has spoken a word.

The centrality of the music to Do the Right Thing is confirmed in the very first scene, right after the credits. We see a radio station and DJ Señor Love Daddy (Samuel L Jackson) as he wakes up the neighbourhood with his show, dropping the needle on 'Don't Shoot Me' by Take 6 and announcing, - ‘I only play the platters that matter.’

So now, partly because Spike Lee showed me how it’s done, I always tune in to films in which songs have been well placed by the film-maker. American directors, such as Martin Scorsese and Quentin Tarantino, are famous for their strident pop-picks, but many other film-makers from around the world are arguably at least as canny. In selecting this year’s Lotterywest Festival Films, I had several joyous reminders that the smart use of pop songs can make cinema so eloquent. Songs in films, whether they are presented within the world the characters inhabit or are heard only by the audience, evoke certain emotions. A good selection, used at the right time, will communicate to us in a way that dialogue and images alone cannot.

In A Perfect Day, we tuned in to the characters’ belligerent frustration through the use of great, angry punk songs by The Ramones and The Buzzcocks. But it is their use in the final, poignant sequence, when we look back at the ravaged landscape of an utterly pointless war and hear Marlene Dietrich’s 1964 cover of Pete Seeger’s heart-rending 1955 protest song, 'Where Have All the Flowers Gone?', that really stops us in our tracks. It’s the perfect choice of song to summarise and comment on what we’ve been watching.

Tangerines makes similarly climactic use of Georgian poet and musician Irakli Charkviani’s ballad, 'Me gadmovcurav Zgvas!'. Without spoiling anything about this excellent humanist drama, the song’s use and context as specifically Georgian is powerful, cathartic and very cinematic.

India’s pop music, like its cinema, is vast, diverse and passionately embraced by fans. And Indian pop, often distinguished along linguistic lines, is closely aligned with cinema; actors are often singers, and vice-versa, with performers excelling at both arts thanks to the tradition of incorporating ‘playback’ singers, who specialise in dubbing over other actors’ singing voices in film productions. The Crow’s Egg makes use of some of the most joyous and life-affirming music of this year’s films. Songs which were composed specially for the film by Tamil film-music luminary, G.V. Prakash Kumar, feature prominently; the catchiest, not to mention the best commentary on our young heroes’ adventures in their Chennai neighbourhood, is ‘Sel Sel’, a whimsical and infectious ode to youth, sung by playback star, D. Sathyaprakash.

Back in 2001, Italian director, Nanni Moretti, caught my eye and ear with his subtle, emotional, Cannes Palme d’Or-winning film, The Son’s Room (2002 Perth International Arts Festival). The Son’s Room contains several superbly placed, low-key pop songs to help communicate to the audience the nuances of the characters’ feeling of sudden loss; my favourite of these is ‘By This River’ by Brian Eno, a song which I first heard in the film, and which led me to listen to more of Eno’s music and love it. When I saw Mia Madre in May, I was thrilled to discover that Moretti had repeated his trick from The Son’s Room – his placing of ‘Baby's Coming Back to Me’ by Jarvis Cocker and ‘Famous Blue Raincoat’ by Leonard Cohen affects the way we feel about this film. They make us fall in love a bit – their lyricism and craft help us feel things that can’t easily be expressed in prose. I think that Moretti is a master of selection. Perhaps he would make a good DJ.