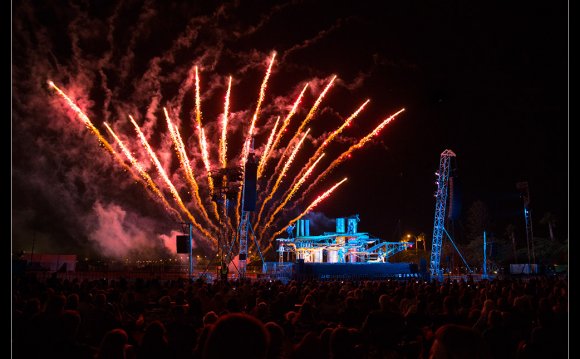 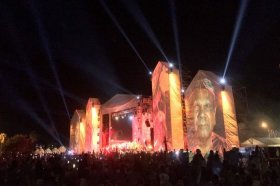 Tens of thousands of people converged on Langley Park for what organisers described as a "massive, theatrical, outdoor spectacular" to open this year's Perth International Arts Festival (PIAF).

A PIAF spokeswoman described the event as a great success and said there was "barely a dry eye in the crowd".

PIAF director Wendy Martin said Home looked at WA's incredible Indigenous history, white settlement and what had happened since then, and also offered a shared vision for the future.

She said one of the themes running through the festival's shows this year was empathy, and highlighted an installation at Stirling Gardens called A Mile in My Shoes as an example.

Ms Martin said the installation allowed people the opportunity to literally walk a mile in the shoes of more than 40 West Australians.

"We are inviting audiences to come into this shoe shop, to select a pair of shoes, to take a set of headphones and walk a mile through the beautiful park here and listen to the stories of the lives of others, " she said.

Besides, you will be interested to read about custom baby gifts.

Ms Martin was confident the festival offered something for everybody, including people on a tight budget.

"We have many, many shows on offer this year for $36. We have a program, Tix For $36, and the idea behind those tickets is to encourage people to approach the festival with a sense of adventure, " she said.