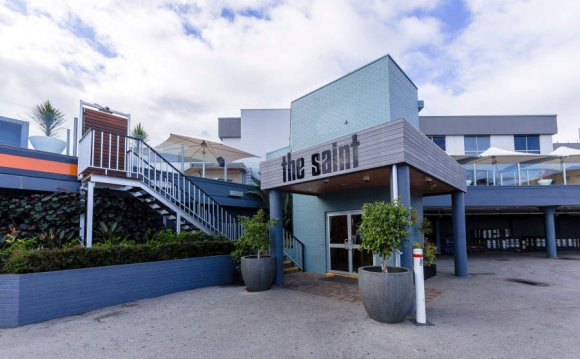 The Saints were one of the ten inaugural, foundation clubs of the NBL that competed in the league's first season in 1979, operating out of Albert Park Basketball Stadium at the time. The St Kilda Saints finished the 1979 season in first place and became the first champions of the league defeating the Canberra Cannons 94-93. Larry Sengstock, NBL Hall of Famer, won the inaugural Grand Final MVP award, which has now known as the "Larry Sengstock Medal". The Saints repeated their success in 1980, once again finishing in first place and by successfully defending their championship against the West Adelaide Bearcats. In 1981, finished in first position for a third straight season, but did not compete in the NBL finals. Instead they opted to compete in the 1981 World Club Championships. The team never regained this level of success. During this period, although the club was represented throughout in all the various age-grouped competitions down to the Under 10's, coached by Denis Towers, their highly successful senior side was coached by Brian Kerle.

In 1988 the St Kilda Saints (like the Coburg Giants) changed their name to incorporate a wider area of Melbourne rather than just the suburb of St Kilda. For the next three years the team would be known as the "Westside Melbourne Saints". In 1991 the team would once again change their name, this time to the "Southern Melbourne Saints", however, this would be the final year the club would exist as the Saints.

Prior to the 1992, the Southern Melbourne Saints merged with their cross-town rivals, the Eastside Spectres, to become the South East Melbourne Magic. After a further merger and further financial difficulty, the last club in this lineage of clubs (the Victoria Giants) folded in 2004.

Hayley Williams playing drums with Jury and the Saints ...