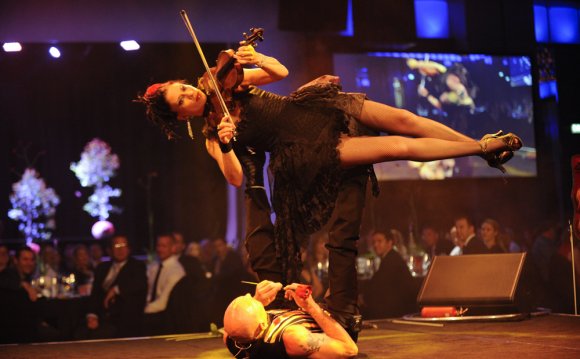 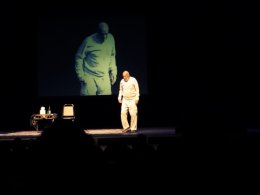 MELBOURNE, FLA. — Bill Cosby wore a gray sweatshirt embroidered with the words “Hello Friends, ” took the stage promptly at 7:30 p.m. and spent most of his Friday night set at the King Center for the Performing Arts tossing out classic material about family, religion and aging.

The comedian didn’t utter a word about the barrage of rape accusations – and the slew of cancellations – that have turned him, in just a week, from America’s most beloved sitcom dad to a defiantly silent figure accused of brutal crimes by more than a dozen women.

And the crowd inside the 2, 100-seat auditorium on the Eastern Florida State College campus responded as if this were any other Bill Cosby show.

They stood to applaud when he took the stage, erupted in laughter during bits and nodded with familiarity when, employing his trademark, conversational delivery, the 77-year-old comedian offered such Cosbyisms as “when I was 4 and a half years old, I was living with my mother and father” or “the older you get, the longer you stay in the marriage, you just beg to be heard.”

There was one protester. Around 6:42 p.m. she arrived outside the King Center with a sign that read “Rape Is No Joke.”

“I strongly feel Mr. Cosby should stay at home, ” said Julie Lemaitre, as a scrum of TV cameraman surrounded her. “He needs to take a timeout and think about what these women have said and publicly address it.”

The King Center had prepared for the worst, installing three police cars near the entrance and at one point asking people arriving in the parking lot to show that they had tickets. A pair of local radio DJs offered $1, 000 to anyone who would heckle Cosby and so, before he took the stage, audience members were urged that if an interruption occurred, “do not confront the person making the disruption.” But none occurred.

Cosby didn’t comment on the charges during his set, but backstage before the show, he gave an interview to the local newspaper, Florida Today.

In recent days, as the increasing number of sexual assault allegations against Cosby dominated headlines, NBC has dropped a sitcom it was developing for him, Netflix decided not to air a concert film, and TV Land has pulled re-runs of “The Cosby Show.” Until now, stand-up gigs appeared to be Cosby’s last resort and he had more than 30 scheduled through May. But late this week, venues began cancelling shows; upcoming performances in Las Vegas and Tucson, Ariz., have been called off.

But the crowd gathered outside the King Center wasn’t eager to hear Cosby respond to charges. They just wanted to hear his time-tested, stand-up routine.

David Love, a 54-year-old mechanical engineer, said he finds it hard to believe the comedian did what he’s accused of. He’s been a longtime fan of his television work.