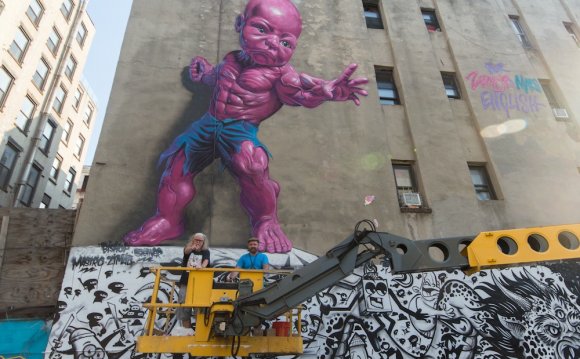 Broadening the traditional concept of “queer” (in) art, the Queer New York International Festival returns to Abrons for a fourth year with a diverse slate of artists from around the world, including Ivo Dimchev (Bulgaria), Joshua Monten (Switzerland), Annie Sprinkle and Beth Stephens (US) and Bruno Isakovic (Croatia). Curated by Zvonimir Dobrović.

Join SexEcologists Annie Sprinkle and Beth Stephens and explore twenty-five ways to make love to the Earth and find your E-spot (ecosexy spot).

Goodbye Gauley Mountain: An Ecosexual Love Story is the true tale of the two San Francisco “ecosexual” artist-lovers who join forces with environmental activists in trying to stop a destructive form of mining. The documentary injects an otherwise dire situation with sexy fun and surprising activist strategies, such as a performance-art marriage to the mountains.

The exceptional performer Ivo Dimchev gives one of his live concerts at the festival. His enormous musicality and his remarkable vocal gift are part of all of his productions. For this event, he has selected 15 songs from his performances, detached them from their original context, presenting them as independent, individual opuses.

Social Health Performance Club will present an evening of performances that engages the problematics of framing work as queer—aesthetically and personally. Simply put, SHPC asks: what is “queerness” in this context? How do their individual lived experiences relate to it? How does their presence in this festival, on this night, situate them as/among the marginalized or subaltern and relate those categories with queerness?

Shades of a Queen is a coming-of-age, coming-to-self, coming-out piece exploring the identity constructs of an African Queer child. The creative process was based on personal experiences and challenges in the journey to coming out both literally and metaphorically. Her Majesty the Queen (a.k.a. Mmakgosi, which translates to ‘‘The Mother of the Chief“) battles with stepping out of the house and out of the closet.

Disclosures is a performance that invites different people to share their stories, fears and confidences, demystifying borders of privacy and nakedness as they strip away their clothes. 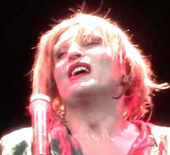 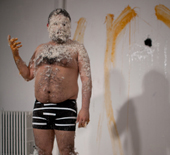 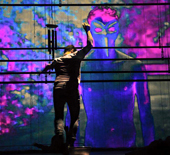 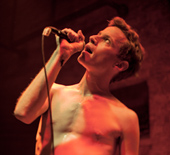