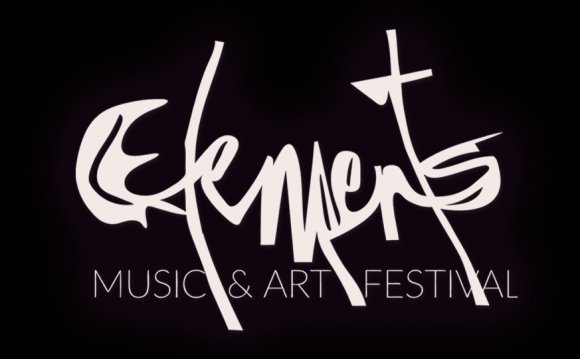 After an 18-year run, the often zany, always popular DUMBO Arts Festival has come to an end, a victim of its own success.

The three day extravaganza won’t be returning to the artsy neighborhood down under the Manhattan and Brooklyn bridges, according to key sponsor Two Trees Management Company.

The festival was known for packing galleries filled with visual art and interactive pieces - along with eccentric processions, artists wearing “backpack galleries” and performers of all stripes roaming the streets of DUMBO.

The crowds and cost were getting to be just too much, Lisa Kim, cultural affairs director of Two Trees, said in a statement. More than 220, 000 visitors flooded the little neighborhood for the festival weekend last year, and “it became clear that we could no longer mount the festival ourselves without commercializing it in a way that didn’t feel right, ” she said.

“It is with a heavy heart that I bring you this news, which was not an easy decision to make, ” Kim added.

"Our borough does not want to lose this magnetic event, which has introduced hundreds of thousands of visitors to Brooklyn's waterfront, ” he said in a statement. “I will be reaching out to the festival's organizers, along with local artists, businesses and stakeholders, to see how we might preserve this important piece of Brooklyn's cultural legacy."

The festival, which began in 1997 as a grass roots artists’ initiative called the Art Under the Bridge Festival, was founded by DUMBO residents Joy Glidden and Tyson Daugherty. It was initially designed to attract people to experience art in what was at that time a gritty, cutting-edge DUMBO.

Glidden went on to found the DUMBO Arts Center, which oversaw the festival from 1998-2009. After DAC ended its involvement in 2009, Two Trees stepped in as lead sponsor.

In its early days, anything and everything was fair game at the festival. Dondi, an 8, 000 lb. painting elephant, rocked the streets of DUMBO in 2007; Tara Parsons’ "The Innocents Project" commemorated thousands of Iraqi and American fatalities; an homage to Hungarian art was seen through the lens of stuffed cabbage.

In recent years, more than triple the number of artists from across the globe exhibited and major sponsors included corporations such as AT&T. But spontaneity still broke out in quirky acts of art, such as Russian performance artist Andrey Bartenev’s Bubbles of Hope, a procession of excentric characters dressed in colorful green and orange bubble costumes.

“We’ve had an incredible run and brought beautiful moments of art to a huge audience, ” Kim said. “At the very least, I hope we have pushed artists and the public to think more broadly about art and to find it in the most unexpected of places. It has been an honor and a thrill to oversee such a massive celebration of art." 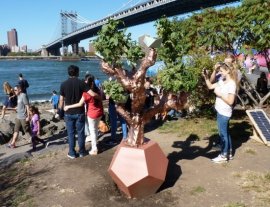 Kim says Two Trees and the Walentas Family Foundation will still be supporting the arts in DUMBO with a number of projects, including the public artworks they support in the DUMBO area. “The resources allocated to the festival will be re-focused on year-round programming and will continue to grow, ” she said.

Initiatives include a street level galleries scene and the First Thursday Art Walk. In addition, the Walentas Family Foundation recently took over sponsorship of The Marie Walsh Sharpe Art Foundation Space Program, which has awarded free studio space to more than 350 American artists. Two Trees says they provide roughly 10 percent of their commercial space in DUMBO to cultural groups and artists at below market rates.

Trailers for the Art of Brooklyn Festival