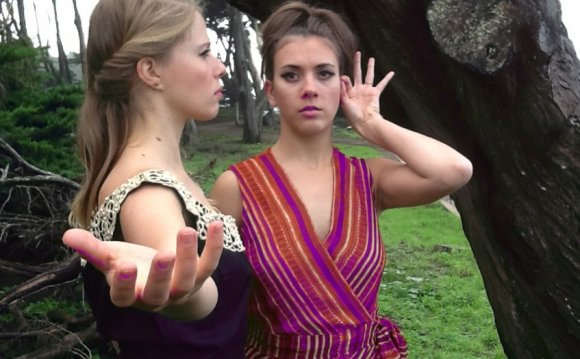 The San Francisco International Arts Festival (SFIAF) has announced that in 2015 the Festival will be moving back to the Fort Mason Center. The Festival will be co-presented by Fort Mason as part of its FMC Presents Series. The relationship gives SFIAF access to six different venues on the Fort Mason campus and the ability to present over 150 ticketed performances by artists from the Bay Area and ten countries in the space of three action packed weeks. The Festival will also feature a major arts exhibition titled Bearing Witness: Surveillance in the Drone Age compiled by curators Matt McKinley and Hanna Regev as well as multiple educational, residency and outreach activities.

Theatre and dance will predominate in the Cowell and Southside Theaters, the Firehouse and the Fleet Room. The Chapel in upper Fort Mason and the Conference Center located in Building A will host the Festival's music stages, with the Conference Center doubling as the Festival's late night venue featuring DJ's and dancing. The music program is curated by Elektra Schmidt of the organization Artist Migration.

SFIAF Executive Director, Andrew Wood said of the upcoming Festival, "Ever since we first came to Fort Mason in 2009 we have felt this was our spiritual home and we are very glad to be back. It is a perfect setting for an international gathering such as ours with multiple venues within close proximity surrounded by some of San Francisco's most iconic landmarks. Programmed properly, Fort Mason has the potential to be one of the greatest performing arts centers in the country and we are giving it our best shot."

Some of the international headlining artists include the US debut of one of the most talked about and provocative theatre artists in Europe: Fabrice Murqia of Belgium will lead his Compagnie Artara to the Bay with a disturbing yet fascinating performance piece titled Les Chagrin des Ogres (The Sorrow of the Ogres).

There will also be US debuts for performance artist Jesper Arin from Sweden with a project titled Evil based on the novel by Jan Guillou, Olga Kosterina from Russia with Dilemma and Paris based Cuban pianist Gabriel Urgell Reyes. Making Bay Area debuts will be Horse Dance Theatre from Taiwan and the James Cousins Company from the UK.

May 27-31 will see African influenced traditional dance and music take over the Cowell Theater with concerts by Abada Capoeira who will share the stage with members of their parent company from Rio de Janeiro, Loco Bloco, Fogo na Roupe and Grupo de Rompe y Raja. The week will begin with a tribute performance produced by Congo Square West to Blanche Brown who has led and mentored many dancers and choreographers over the course of five decades in the Bay Area.