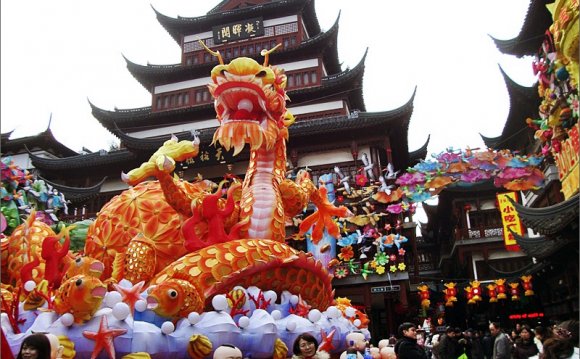 2016 Mid-Autumn Festival falls on September 15th. The holiday lasts from September 15th to 17th. Due to the pleasant autumn weather this is a peak time for travel. Welcome to China and explore the traditional folk customs of this interesting festival!

Falling on the 15th day of the 8th month according to the Chinese lunar calendar, the Mid-Autumn Festival is the second grandest festival after the Spring Festival in China. It takes its name from the fact that it is always celebrated in the middle of the autumn season. The day is also known as the Moon Festival, as at that time of the year the moon is at its roundest and brightest. 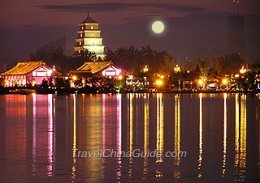 History
Mid-Autumn Festival is an inherited custom of moon sacrificial ceremonies. The ancient Chinese observed that the movement of the moon had a close relationship with changes of the seasons and agricultural production. Hence, to express their thanks to the moon and celebrate the harvest, they offered a sacrifice to the moon on autumn days.

This custom could be traced back to the Zhou Dynasty (1046 - 256 BC) and was more often practiced by the royal class on the Autumnal Equinox. At that time, the custom had no festival background at all. Later in the Sui (581 - 618 AD) and Tang (618 - 907 AD) dynasties, social prosperity inspired the custom of appreciating the moon on the moon sacrifice ceremony day among common people and the two merged. The people expressed their faith more liberally than the royal class and so they did not strictly hold their activities on the Autumnal Equinox. So August 15th of the Chinese lunar calendar, the closest full moon day to the Autumnal Equinox, turned out to be a better choice and was set as a fixed festival. This happened in the Tang Dynasty. By the time of the Northern Song Dynasty (960 - 1127 AD), Mid-Autumn Festival had already become a widely celebrated folk festival.

Romantically speaking, the festival is to commemorate Chang E, who in order to protect her beloved husband’s elixir, ate it herself and flew to the moon.

Legends
In addition to the romantic legend Chang E Flying to the Moon mentioned above, there are many other legends and stories related to this grand festival. The most well-known ones include Jade Rabbit Pounding Medicine, Wu Gang Chopping Laurel Tree, and Zhu Yuanzhang and the Moon Cake Uprising.

Customs
On the festival day, family members gather to offer sacrifice to the moon, appreciate the bright full moon, eat moon cakes, and express strong yearnings toward family members and friends who live afar. In addition, there are some other customs like playing lanterns, and dragon and lion dances in some regions. The unique customs of ethnic minorities are interesting as well, such as “chasing the moon” of Mongolians, and “steal vegetables or fruits” of the Dong people.

Moon Cake
The Moon Cake is the special food of Mid-Autumn Festival. On that day, people sacrifice moon cakes to the moon as an offering and eat them for celebration. Moon cakes come in various flavors according to the region. The moon cakes are round, symbolizing the reunion of a family, so it is easy to understand how the eating of moon cakes under the round moon can evoke longing for distant relatives and friends. Nowadays, people present moon cakes to relatives and friends to demonstrate that they wish them a long and happy life.