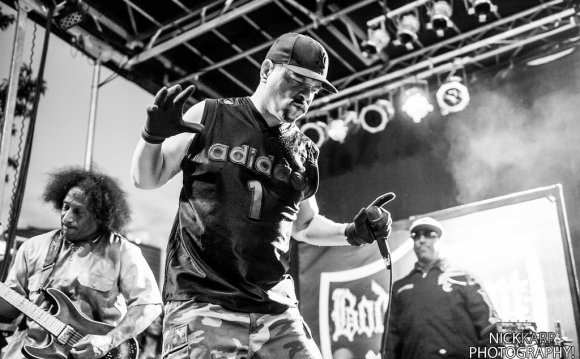 SummerStage may be the juggernaut of warm-weather show series in NYC, but Celebrate Brooklyn!—SummerStage's cool, quirky Kings County cousin—is a major force in its own right. Unlike SummerStage, which spreads out across the five boroughs, all Celebrate Brooklyn 2015 shows take place at the beautiful bandshell in Prospect Park, a scenic amphitheater surrounded by trees. Catching one of these gigs is guaranteed to be a highlight of your summer music festival showgoing season, whether you're seeing a buzzy indie-rock act, a classic soul or funk group, or a bevy of a big-name jazzers.

What is Celebrate Brooklyn?

Celebrate Brooklyn! is an annual series of outdoor concerts in Prospect Park. Every year, the schedule features big names in a wide variety of genres.

When is Celebrate Brooklyn?

Celebrate Brooklyn! runs from June 1, 2016 through August 10, 2016. The first concert is a free opening-night show by Chaka Khan, and Willie Nelson closes out the season with a benefit concert.

Oshun at 2015 Afropunk festival in Brooklyn

The Arab American Festival in Brooklyn,NY 2011

Hop Along Live at Hillstock Music Festival in Brooklyn, NY!