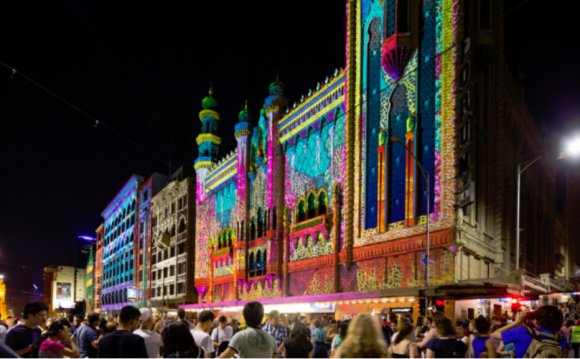 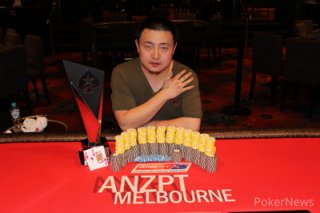 The final stop on Season 7 of the Australia New Zealand Poker Tour (ANZPT) began five days ago at Crown Melbourne in Victoria, and in the end it was Australia’s Lin Shi who overcame a record field of 520 players to be crowned the PokerStars.net ANZPT Melbourne champion.

Shi began the final table with the second-largest stack, but was short stacked through parts of the final table. He surged back, however, and after a three-handed deal, he never looked back as he ultimately went on to take out Peter Matusik heads-up to capture the title and the AU$170, 641 top prize.

For Shi to win, eight others had to bust, and in the first two hours of the day the tournament lost four players.

First to go was Mile Krstanoski, who would get his chips in preflop holding pocket queens and come up against Shi’s . An ace and king on the flop would see the 2012 Aussie Millions third-place finisher hit the rail first.

Shortly after, George Balandinos would run his pocket eights into Matusik’s pocket nines and be almost drawing dead after Matusik flopped a nine.

Carl Knox and Eric Stadler, who finished in seventh and sixth respectively, would be the unluckiest of the four after getting all their chips in ahead and ultimately falling short. Knox had pocket nines against Nikolce Trajkovski’s . All was looking good for Knox until the river spiked a ten to see him fall in seventh. Five minutes later, Stadler was all in with the against reigning Aussie Millions champ Manny Stavropoulos’ , but a six on the turn would end his day.

An hour later, Kenn Langcake would find his trumped against Matusik’s pocket kings, and have to settle for fifth place. Trajkovski would last two more hours before having his go down to Shi’s after an eight spiked on the river.

Three-handed play then loosened up before Shi got the better of Matusik, capturing a chip lead he would never squander. On a flop reading Shi was at risk with his top pair going up against Matusik’s flush draw. No help would come and Shi would find himself with almost two thirds of the chips in play.

Shi would then take out Stavropoulos by hitting a royal flush on the turn with the against a pair of red threes. A great result for Stavropoulos, whose deep run in the tournament, combined with his Aussie Millions win at the beginning of the year, earned him the ANZPT Player of the Year title.

In the final hand of the night, Matusik would call off his stack with top pair on the turn only to run into the Broadway straight held by Shi. Matusik had to settle for second place and fell just short of being the first player in ANZPT history to win two Main Event titles (he previously won the 2011 ANZPT Gold Coast Main Event for $153, 371).