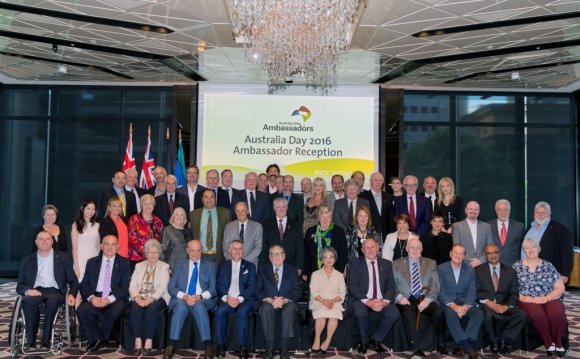 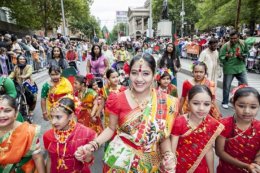 What’s more Australian than making the most of a public holiday?

The best way to pack more into your day off is to start early. And by early, we mean the night before. Docklands bar, with performances by Brian Mannix (Uncanny X-men), Scott Carne (Kids in the Kitchen), Dale Ryder (Boom Crash Opera) and more.

When the day itself rolls around, a trip into the city will leave you with a plethora of activities.

One of Melbourne’s favourite Australia Day events, the vibrant Australia Day Parade, sees thousands of people line Swanston Street each year. An opportunity for more than 100 community and cultural groups to come together and celebrate, this parade is fun for the whole family and a great way to start the day.

11am to 11.45am, Melbourne Town Hall, along Swanston Street, over Princes Bridge and into Kings Domain. 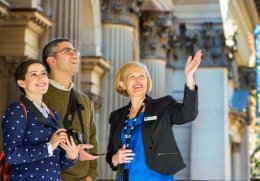 From the parade, head to Melbourne Town Hall for a free tour of the historic 19th century building. Learn about its architectural, social and political significance; stand on the portico where the Beatles waved, sit in the Lord Mayor’s chair and view the richly carved Melbourne Town Hall Grand Organ, the largest grand romantic organ in the southern hemisphere.

On the hour from midday until 3pm, Melbourne Town Hall, 90-130 Swanston Street, Melbourne.

By now, you might be getting a little peckish, so head to the RACV Australia Day Picnic and Federation Vehicle Display in Kings Domain. Picnic fodder can be chosen from a variety of food stalls. With your belly satisfied, you’ll enjoy the numerous free activities, including performances on the main stage, as well as the traditional display of veteran, vintage and classic vehicles.

If you can’t get enough of cars of all kinds, you may feel inclined to detour to the Kensington Australia Day Festival for the annual billycart championship race. Here, you’ll also be able to enjoy live entertainment from local artists, an array of global cuisines, plus a dog show and market stalls.

As afternoon turns to evening, head to Australia Day at Docklands. NewQuay Piazza will play host to the main stage, where artists including The Getaway Plan and Tim Rogers and the Bamboos will be performing. The Food Truck Festival on Upper Piazza, artisan market along NewQuay Promenade and roving entertainment, games and giveaways will keep you entertained for hours. Then settle in for the spectacular fireworks display at 9.45pm.