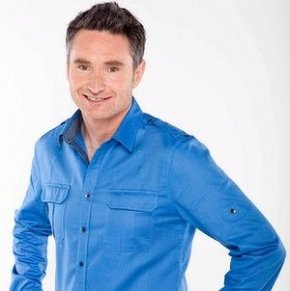 Every year, for one month, the city of Melbourne becomes a buzzing hive of mirth and merriment, of joy and happiness, of camaraderie and good cheer, of excessive alcohol consumption and frenetic sweaty desperation.

For one month Melbourne becomes a magnet for the famous and the unhealthily obsessed with becoming famous alike. This time is called "the Melbourne International Comedy Festival", and it is the most magical time of the year.

It all kicks off with the 2015 Melbourne Comedy Festival Gala (Ten, 8.30pm), which raises money for Oxfam and so is one of the worthiest things you'll see on TV.

Fortunately, it's not only for a good cause, it's mostly pretty funny. Being an assemblage of a couple dozen or so of the comedians appearing in the festival has its pros and cons, of course: the variety means there's likely be something for everyone; but on the other hand there'll almost certainly be a couple of acts that won't tickle your fancy.

This being a Melbourne festival, it's no surprise that the gala is heavy on traditional Australian chatty-bloke comedy, albeit some of the chatty blokes are women.

We open with Dave Hughes (pictured), an Aussie comedian so successful and ubiquitous it's sometimes overlooked just how good at his job he is. Behind that familiar drawl is a quite extraordinary comedic mind and a talent for producing spectacularly funny moments out of not very much, while apparently doing very little.

At the gala he does it again, tales of domesticity that would seem banal and hackneyed in a thousand other comics' hands shining like diamonds.

As does Fiona O'Loughlin, a true national treasure whose all-too-brief routine shares with Hughes's both a theme of aggravating children, and that element of strange comic alchemy.

Other local highlights include the absurdly personable Celia Pacquola and the deadpan brilliance of Hannah Gadsby.

Elsewhere results tend a little to the hit and miss, but there's a chuckle or two to be had from most. The overseas acts are more varied and frequently peculiar: Irishman Jason Byrne creates a moment of S&M chaos, Korea's Ongals troupe display genius juggling-and-beatbox clowning, while the UK's Max and Ivan perform a superbly conceived Mario Brothers skit. The lunacy of the Pajama Men and Paul Foot also comes highly recommended. A tiny slice of what the festival offers, but not a bad way to whet the appetite. And a chance to give generously.