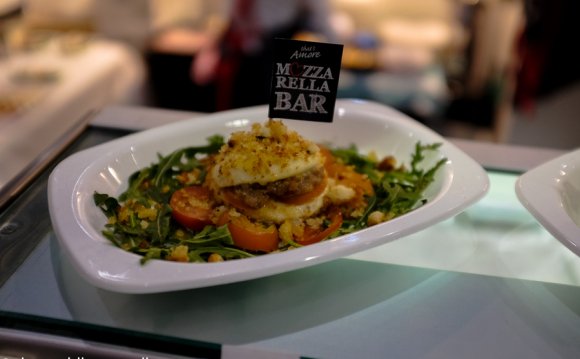 From 27 February to 15 March, over 243, 000 people from around the nation and globe gathered in laneways, restaurants, on farms and wineries to attend spectacular food and wine events throughout the state of Victoria.

From Dan Barber’s sought after Theatre of Ideas lecture on the future of farming and food (Blue Hill and Blue Hill at Stone Barns, New York, USA), to a celebration of global biodynamic winemaking, this innovative program of events once again highlighted Melbourne as Australia’s leading gastronomic capital.

The Festival cast a light on Melbourne’s much-loved artisan bakers by transforming the blank canvas of Queensbridge Square into a temporary working bakery that became the Festival’s bustling and rustic heart.

The Festival Artisan Bakery & Bar paid homage to the Melbourne staples of bread, coffee and wine, and over 17 days visitors enjoyed more than 3000 loaves of bread and 4500 sweet treats amidst the fruit trees and up-cycled wooden timbers of the bakery.

To toast the first day of the Festival, Bank of Melbourne World’s Longest Lunch gathered a record 1604 diners, including over 200 international visitors, at a 530 metre table for a three-course lunch in the leafy shade of the Fitzroy Gardens.

The Festival’s worldwide acclaim attracted international talent across the breadth of the program as chefs and winemakers from around the globe went out of their way to be a part of our program. Chefs Fabrizia Lanza and Ms Vy – for the second time - planned trips around holding one-off events at the Festival.
International chefs collaborated with some of Victoria’s most renowned restauranteurs working together to put local talent on the global culinary map, whilst Return to Terroir’s visit to Australian shores attracted more than 50 of the world’s leading biodynamic wineries, including Australian biodynamic pioneers.

For the first time in 2015 the Festival delivered Quintessentially Melbourne, a program of unique collaborations with Melbourne’s iconic cultural institutions, including the National Gallery of Victoria, State Library of Victoria, The Jewish Museum, The Melbourne Recital Centre and Melbourne Symphony Orchestra.

The artisan theme continued beyond the bakery, as we honoured the age-old methods of preparation and preservation that are so often taken for granted. Whether it was the art of fermenting or cheesemaking at our new series, The Essentials, or hands-on workshops with makers and producers on farms and vineyards as part of the Festival’s regional program, we returned to basics with local and international masters of the culinary arts.

Pat Carmody, from CraigLee vineyard, touched our hearts upon receiving the 2015 wine Legend award when he expressed that it was “wonderful to be recognised” as he thought “maybe nobody cared”. Victorian food and wine ambassadors Miranda Sharp, Anne O’Donovan, John and Steve Lau, and John Downes also joined the 85 Legends in the Melbourne Food & Wine Academy, while Fleur Studd was awarded the HOSTPLUS Trailblazer Award.

Flemington Grazing Trail & Cellar Door showcased an incredible selection of boutique Victorian wineries, breweries and producers in a unique cellar door atmosphere. As part of a Victorian Government Trade Mission, 80 international delegates were able to experience the best that Melbourne has to offer in food and beverage against the exhilarating backdrop of Group 1 thoroughbred racing.

The Festival threw its final hurrah with a progressive Sunday morning breakfast for all ages around Melbourne’s much-loved Tan track at the Royal Botanic Gardens. Breakfast Around the Tan presented by Diabetes Australia - Victoria celebrated healthy, delicious food shared with family and friends whilst raising funds and awareness for Diabetes Australia – Victoria.

On closing the 2015 Festival, Natalie O’Brien, CEO of Melbourne Food and Wine said:
“As we farewell our last visitors over the coming days we reflect on the incredible conversations, learnings, memories and tastes that have consumed us and rejoice in the fact that this incredible industry lives, breathes and flourishes here in Melbourne Victoria.”