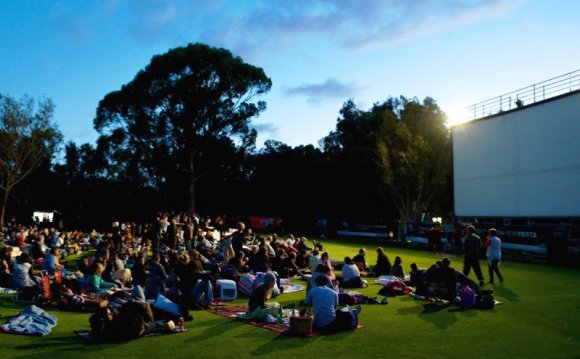 During the warmer months, grab your cushions and a picnic and head down to the picturesque grounds at the University of Western Australia. Between November and April the Somerville Auditorium comes alive with the best of contemporary, international cinema. Each film is screened for a week, so flick through the program at the beginning of the season and mark down your picks.

It’s a time to enjoy sitting back in the rows of deckchairs (I do recommend bringing something soft to assist the comfort factor), under the grand pine trees and be open to a profusion of culture, with titles from diverse genres and countries. You are welcome to bring your own food, but there’s also some tasty treats on offer at the grounds, too, with substantial, savoury plates and wine as well as the usual ice creams and chocolate bars.

There is a sister screen up in Joondalup which shows the same films on a different schedule, handy for those in the northern suburbs.