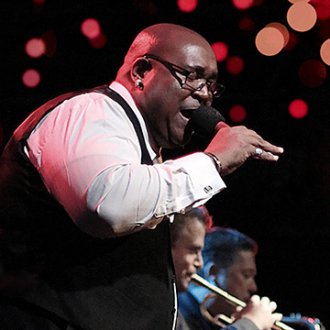 International vocal sensation Richard Jackson returns to Perth for a one off series of shows at FRINGE WORLD 2016.

Famous for his velvet sound and incredible range, Richard will present the works of his contemporaries such as Stevie Wonder, Marvin Gaye, Michael Jackson, James Brown and other great soul artists.

The amazing repertoire such as 'Superstition', 'The way you make me feel', 'Let's get it on' and many more other classic hits will have you dancing in the aisles.

Having headlined many major festivals around the world, it is an amazing opportunity for Perth to hear this one of a kind performer. This will be his only Australian stop on this tour.

The Songs will be presented with the backing of one of Australia's finest bands, Adam Hall and the Velvet Playboys. The ensemble will be presenting unique arrangements with a full horn section and background vocals to accompany.

Adam Hall and the Velvet Playboys are a multi award winning outfit from Perth in Western Australia and have recently won the BluesNews - Best album of the year (Germany) and the 2014 Fringeworld Best Musical performance (WA).