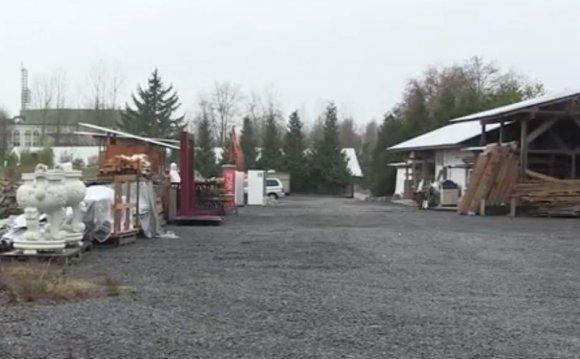 Anybody with an interest in disability politics and the disability rights movement knows that it’s a complex area, but one in which various positions are well-developed and clearly articulated.

I’m not an expert by any stretch of the imagination, but the debates which rage over language alone are intriguing — many strong voices within the arena prefer the term “people/person with disability” rather than “disabled”, but there are plenty of others who refer themselves as “disabled” and claim the full power of the word (although most agree that categorising all people with disability as “the disabled” is not a good idea).

Artists with disability have grappled with many of the bigger political questions over the last few decades relating to discrimination and inclusion all around the world.

But when Glasgow choreographer and performer Claire Cunningham met a disabled man in Cambodia who had once been a Buddhist monk, she turned attention away from the political to the spiritual.

Armed with an audio recorder and endless cups of tea, Cunningham set about interviewing people with disability or people whose lives have been touched by disability from all different religious and cultural backgrounds within Scotland.

She had some idea about the attitude of Christianity towards disability — it’s even there in traditional songs as well known as Amazing Grace: “I once was lost, but now I’m found; was blind, but now I see”, as well as the very notion of “healings”. But in terms of any other religion she really had no idea. What she discovered about the intersection between religion and disability is truly fascinating.

As just one example: Cunningham says Scotland has no sign language interpreters who can translate the Asian languages spoken in Mosques, so Muslims who are deaf simply don’t go to Mosque.

In the middle of a small circle of chairs and cushions, Cunningham shares her findings with the audience, interspersed with moments of dance. She’s accompanied throughout the show by musician Derek Lisbet, who, on a small organ and violin, creates looping soundscapes of spiritual music from various cultures and religions.

At the centre of the show are a series of teacups which represent her interview subjects. They also play a central role in her performance — in some moments she weaves around them, in others she balances on them. Like her subjects and all of her audience, they’re breakable objects, but they’re quite sturdy when handled with care.

Her dancing is astonishing — at first she performs tasks which are clearly challenging, like moving down a staircase with a tray full of teacups. But then when she allows herself to move about the space with her own mode of movement, it looks effortless. She leaps and soars through the space with the help of her crutches,

I wonder if there’s something lost in Cunningham’s attempt to represent so many religions — you don’t feel like you gain a real understanding of any particular religion’s attitude towards disability (although Cunningham does note that those attitudes still tend to be more cultural than religion-based). But what she does manage to do is paint a rich landscape of people struggling to make sense of their lives and spirituality.

And there’s a final moment of (not intimidating) audience participation, that invites the audience to consider and share their own souls in the simplest possible way.

Guide Gods has finished its Perth season, but Claire Cunningham’s plays at Perth’s PICA from March 2 to 5 and then Arts House, North Melbourne from March 9 to 11

Laneway Festival: The A to Z Survival and Thrival Guide