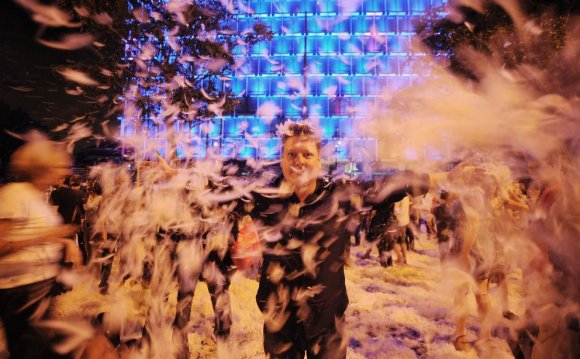 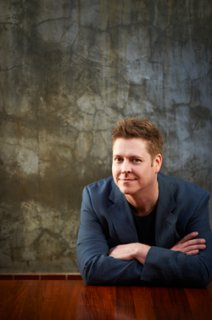 Jonathan Holloway’s first two years at the artistic helm of the Perth International Arts Festival delivered on a promise to be explosions of energy, filling venues from concert halls and theatres to disused buildings and parks. With more than 820 events featuring 750 artists from around the world joining hundreds more from WA over three weeks, half a million people engaged with the Festival in 2013 alone.

The 2012 and 2013 Festivals engaged audiences from the very young at Atishoo and The House of Dreaming and witnessed childlike glee on the faces of more mature audiences after Oráculos and the Berliner Ensemble’s The Threepenny Opera. Everybody who saw events such as the Lotterywest Festival Celebration Place des Anges or Bombs Per Minute will always remember these unique Festival experiences. They were delighted by the energy and focus created in the beautiful Chevron Festival Gardens and have set attendance records at the Perth Writers Festival.

Jonathan sees the Perth Festival as the place where international and local companies alike create their best work, often together. Perth has seen triumphant world premiere seasons of Driving Into Walls and Elektra; Philip Glass, a man who has been at the forefront of modern music for over half a century, performed a world premiere which included work commissioned by the Festival; and music legend Ennio Morricone conducted the WA Youth Orchestra in a magical night of the Maestro’s music. Laurie Anderson and the Kronos Quartet performed together for the first time to present their unique brand of global eclecticism with the captivating Landfall. Two of Korea’s brightest artists Choi Jeong Hwa and U-Ram Choe broke attendance records in the Visual Arts program, and the public was captivated by Jim Campbell’s Scattered Light installation in Kings Park.

Jonathan came to Perth from the UK where he spent the last six years as Artistic Director and Chief Executive of the Norfolk & Norwich Festival. During his time audiences increased from 35, 000 to 330, 000, turnover increased by over 600% and ticket sales tripled. It became the fourth largest city arts festival in the UK through a program expanded to embrace site-specific work, large-scale outdoor events, circus, a children's festival, physical and visual theatre and the visual arts. The festival embraced creative learning, delivering Creative Partnerships for the region, working intensively with over 15, 000 young people year round.

In July 2003 Jonathan was Creative Director of Elemental, a large-scale theatre, music and spectacle event at Chalon-sur-Saone festival in France.

From 1997-2004 Jonathan set up and ran the National Theatre's events department on London's South Bank. He was the founding artistic director of Watch this Space (the National's acclaimed annual festival of international outdoor theatre, music and spectacle), the Festival of Lights (a biennial festival exploring light and fire festivals from around the world) and co-wrote/directed Robin Hood in the National's Loft Theatre. Prior to this he was Resident Theatre Director of the Wilde Theatre in Bracknell (directing under the name Jack Holloway).

Jonathan started his programming career whilst at University, promoting and presenting bands and artists including The Sugarcubes, Thom Yorke (pre-Radiohead), Siouxsie and The Creatures, Transvision Vamp and The Inspiral Carpets.

He has been Chair of Total Theatre Network (the national development agency for physical and visual theatre), on the Executive of the British Arts Festivals Association, and is a fellow of the Royal Society for the Arts.

Perth International Arts Festival will be an explosion of energy, filling venues from concert halls and theatres to disused buildings and parks. It will inspire and engage the largest possible proportion of the community; from satisfying existing audiences with world-class artists and repertoire to engaging those who do not traditionally engage with arts festivals, using accessible programming and participation. A program of international and regional artistic exchanges will nurture the arts roots of the region whilst the annual Festival will draw the arts world's greatest talent.

Through these strands of work we will make the Perth International Arts Festival an international event for absolutely everyone in celebration of its position as the longest running arts festival in Australia and its location in one of the most beautiful places on earth.