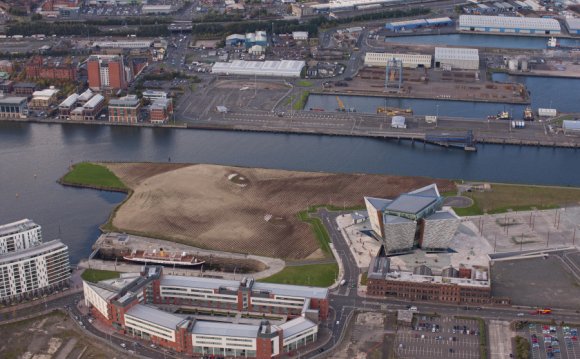 Queens University Belfast is to withdraw its annual funding for the Belfast Festival.

The event is the city's leading arts and cultural offering and has attracted talent from around the world.

The university said it took the decision because of financial challenges and significant cuts to the public purse which have disproportionately impacted upon both the culture and arts, and higher education sectors.

The university says that to continue funding the festival would "expose itself to an unacceptable level of financial risk".

Pro-vice-chancellor for external affairs, Professor Tony Gallagher, said: "The university has been a significant patron of the arts since the Belfast Festival at Queen's inception over 50 years ago and has invested significant funding into its success.

"Queen's has also played a unique role in developing the cultural infrastructure for Belfast and the region. However, the university cannot continue to expose itself to an unacceptable level of financial risk."

"This decision is a consequence of financial challenges to the Belfast Festival at Queen’s in recent years and significant cuts to the public purse, which have disproportionately impacted upon both the culture and arts, and higher education sectors."

Festival Director Richard Wakely said: "Whilst this is disappointing news, it nevertheless represents a genuine opportunity to work constructively with our remaining public and private stakeholders to explore the redesign and re-launch of Festival as a city wide event of international stature and significance for 2015 and beyond.

"This journey is made possible by the achievements we have made in the last two editions of Festival in 2013 and 2014, re-establishing our artistic credentials at home and abroad, increasing our audiences by 28% in 2014, adding annually £2million to the local economy and returning the Festival to good financial health.

"We welcome the opportunity to continue to work with our public Stakeholders including Arts Council Northern Ireland, Tourism NI, Belfast City Council and British Council and hope to announce the future of the event and dates for this year’s edition in the coming weeks ahead. Festival is also grateful to Queen’s for its support over the last 52 years and appreciates the difficult economic background against which this decision has been made."

The festival began in 1961 on the South Belfast campus.

Jimi Hendrix, Seamus Heaney, the Moscow State Ballet, Van Morrison, Ennio Morricone and Desmond Tutu are among those who have graced its stages.